ITL FOCUS is a monthly initiative featuring meaningful topics as they relate to innovation in the risk management and insurance industries.

APRIL 2021 FOCUS OF THE MONTHAgents and Brokers

Mark Twain reportedly once responded to a rumor of a serious illness by saying, "Rumors of my death have been greatly exaggerated."

Insurance agents and brokers could have said the same thing over the past decade and will likely be parrying those rumors for years to come.

Exaggeration about death is actually quite common in a world going digital. Look back at the 1970s, when ATMs were being introduced and see the predictions of the demise of bank branches -- then go to your nearest city corner or strip mall and have a chuckle with the bank tellers there. Look at all the predictions in the 1990s and 2000s about the demise of travel agents, whose job requires a small fraction of the advice that insurance agents provide. Then realize that there are still 80,000 travel agents in the U.S.


History shows that jobs tend to evolve, rather than disappear. In the case of insurance agents, much of the administrative work will, in fact, go away. AI will allow for auto-fill in forms; clients will enter information directly into computer systems; chatbots will handle routine inquiries about the status of claims and payments; etc.

But the change does mean that agents must move up the food chain, taking on more important advisory roles now that they're freed from much of the drudgery. Digitization also increasingly means that agents must deliver the kind of smooth, easy interactions that Amazon and other Big Techs provide. ("I have to fax you a form? What's a fax?")

Not every agent will migrate easily into the ever-more-digital world, but those who do will find the work more rewarding, both for themselves and for their ever-more-loyal clients.

We posed six questions to Tony Caldwell, a mentor to independent agencies who has written a number of articles for us on how agencies must adapt.

Let’s start with a general question that has puzzled me. The need for change by agents seems to be well-established by now, but many aren’t adapting. Why is that?


Business owners, in general, who have historically successful business models are typically reluctant to change. They may hope change won’t be necessary and, in some cases, plan to escape the need to change by retiring. With that said, however, I think the biggest reason agents are not adapting is because they don’t know how to do it, and so are overwhelmed by what they perceive as a difficult process. This isn’t unusual, but can be fatal.


The biggest change facing agency owners is increased customer expectations for speed, timeliness and improved experience. As they seek to meet customer expectations, agencies are now competing with innovators in every industry — though many do not realize this. As customers increasingly expect more, and others use technology to deliver services at lower cost, the danger for those who are late, or never adapt, may be that they have become boiled frogs. 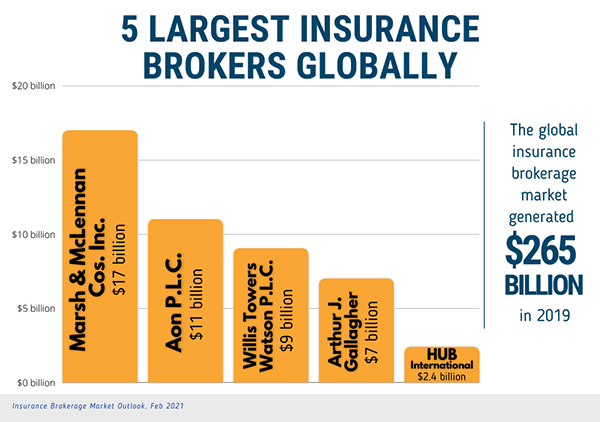 Get to know this month's FOCUS article authors: