Insurtech Must Be Taken Seriously

Many incumbents are doubting their insurtech efforts, but the recent drop in stock-market valuations is not about insurtech, it is about tech.

We have seen the evaluations of the listed insurtech startups falling more and more over the past year. The HSCM Public InsurTech Index (HPIX) presented to the market 14 months ago is down by almost 65% from its maximum. 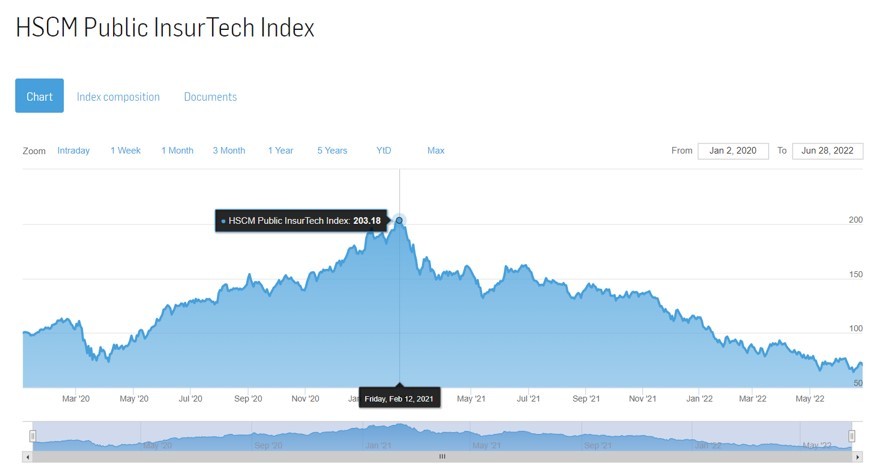 This has led some incumbents to doubt their insurtech efforts and the priority (and budget) assigned to the innovation initiatives. I've felt this speaking to insurance executives at conferences, and you can check how the tone has changed on many earning calls and in analyst presentations by insurance incumbents over the past six months.

This is why I take extremely seriously the following statement from venture capitalist Marc Andreessen: "The minute tech stocks get hit, a lot of big companies basically say, “Oh, thank God, we don’t have to take this stuff as seriously”.

1) The market has NOT turned its back on insurtech.

The drop in the valuations is not about insurtech, it is about tech. 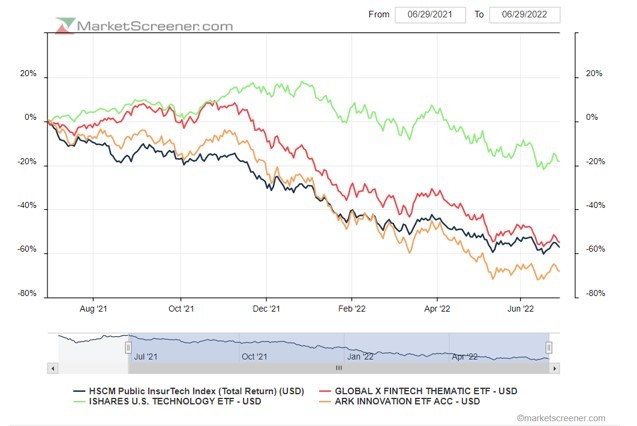 Revenue multiples for tech companies tell the same story. Here is the reference. 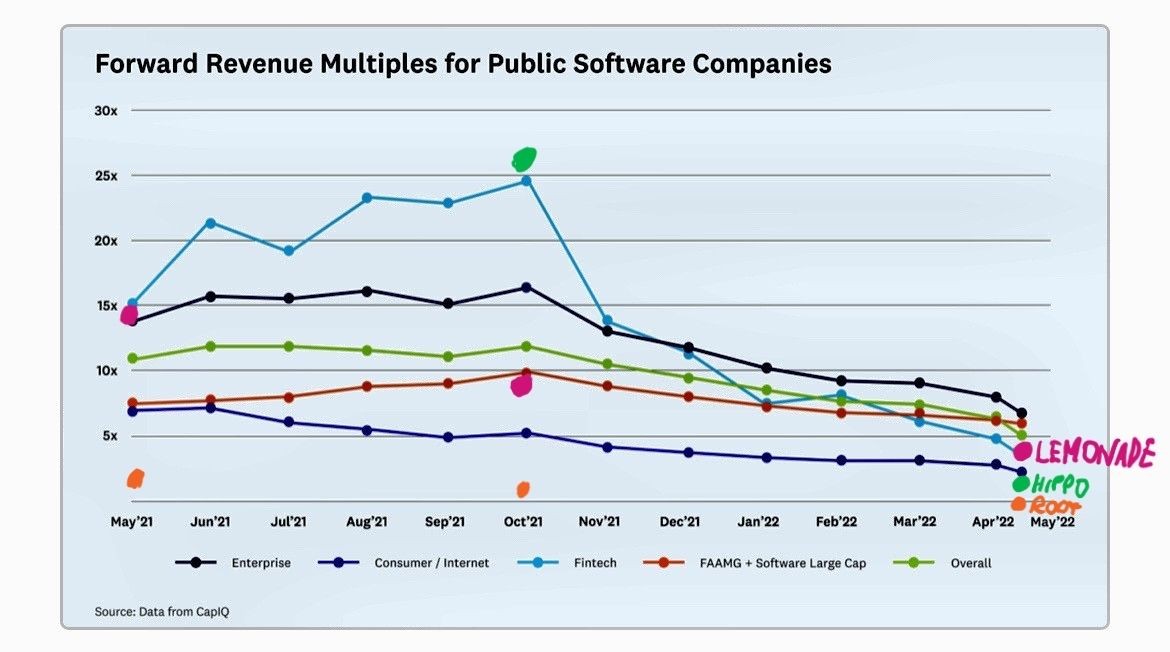 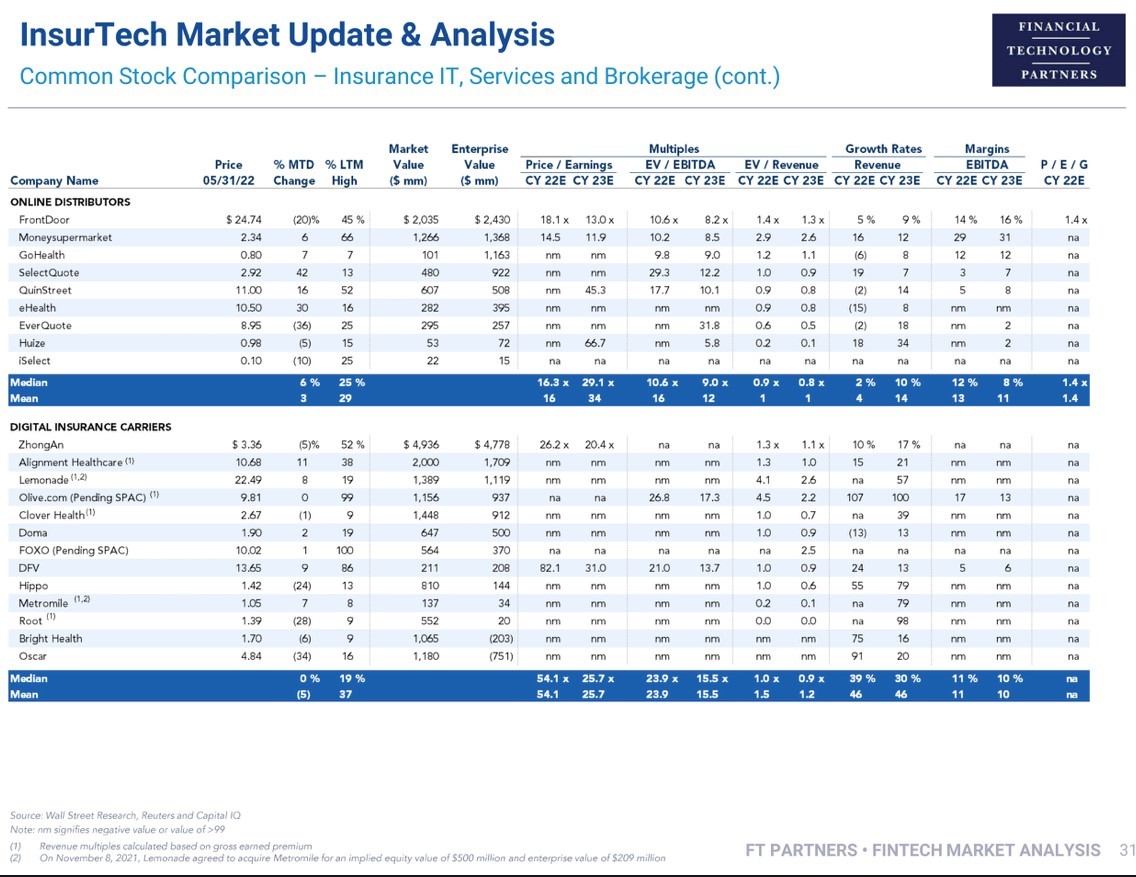 2) Insurtech investments are paying off.

Incumbent insurers have always been evaluated for their growth and their profitability. Well, there is great news for all my friends working on innovation in their insurance company: Innovation delivers higher growth and better combined ratios!

This has been clearly shown by AM Best's deep and robust analysis of the performance of the best innovators (innovators), the average (moderate) and not innovative (minimal) in the insurance property and casualty sector.

These two charts should be hung on the walls of any P&C carrier. Instead, these figures haven't yet had the deserved attention since their publication three months ago.

3) Some Insurtech initiatives have kept the promise.

The Allstate case history described in the article shows the real impact already generated by using telematics data and the progressive development of the foundations for the next steps of this multi-year journey.

Let's move to another IoT-based insurance journey, by Kinetic and Nationwide. Below you can find some thoughts I exchanged with Haytham Elhawary and Brian Anderson.

Matteo: Haytham, we discussed your risk mitigation approach in workers' compensation in front of a cup of coffee in Manhattan exactly 12 months ago. This May, you also presented it at the last plenary session of the IoT Insurance Observatory. I would like to ask you to share your IoT approach and something about the collaboration with Nationwide.

Haytham: Workers’ comp is mandatory, and traditionally transactional – you have an injury, we pay your costs. Our offering is different, it doesn’t just pay claims, it also provides safety technology that can help prevent those claims from happening in the first place.

While there’s been a lot of emphasis on worker productivity recently, the emphasis on safety hasn’t kept pace. Workers aren’t properly trained to avoid injury, and safety technology hasn’t changed in decades. So, injury rates are huge, especially among front line and industrial workers. Half are strain- and sprain-related, which have the largest impact on cost ($60 billion annually), time out of work and productivity.

We believe the best and most scalable way to help workers avoid injury is with a tech-based, real-time solution. So we developed a wearable device, with sensors that measure worker biomechanics, that gives real-time feedback when a high-risk movement is performed, like an awkward twist, bend or overreach. And we’re including this safety tech for free in our workers’ comp policies for the industrial workforce.

Our offering reduces injuries among these workers by changing their behavior and by providing managers with actionable data about risk. So, the policyholder can lower injuries, which leads to fewer claims, lower costs and an eventual reduction in premiums. It’s a preventative approach to workers’ comp that leverages state-of-the art tech.

To accomplish this, we’ve formed an MGA, in partnership with Nationwide. Kinetic distributes through agencies and does the underwriting and device deployment. Nationwide does the claims, billing and compliance. By collaborating, we can write policies in all states, on A+-rated paper, while providing proven safety technology at no extra cost.

Matteo: Looking at the different initiatives you supported, can you share some quantitative insight about the results achieved, on one side, directly with real-time risk mitigation (the real-time feedback to front line employees) and, on the other side, indirectly with the behavior-change programs (sharing insights with operational managers or loss control teams, providing incentives to workers, ...)

Haytham: To get a clear picture of the impact of our wearable device, we partnered with an actuarial consulting firm, Perr&Knight. They looked at our operational data from users in various industries and verified the device supports improvement in injury reduction, lost work days and claims costs. Their report found the Kinetic wearable reduces strain and sprain injury frequency by 50% to 60% and lost work days by 72%.

Policyholders can access all of their workforce’s high-risk-movement data on a web dashboard, where they can see what specifically is driving risk, like a job type or individual, a day of week or hour and more. Then they can make improvements to enhance safety, such as focused trainings and workstation or process redesigns. As an example, at one Frito-Lay plant, management was able to identify times of risk, such as when taking weight samples or during ingredient changeovers. They used this data to drive purchasing decisions, retrofit equipment and modify workspace setups to reduce risk. Another example: A machinist at a construction machinery and equipment company had to regularly bend and twist to place parts from a table into a machine. When data showed he was performing an average of 97 high-risk movements each day, the company modified the work process by adding a raised platform to the table. The redesign reduced the employee’s risky movements by 64%.

Matteo: This approach uses IoT data to prevent a risky situation and avoid a claim. I've always considered these smart actions an extraordinary opportunity for insurers because they affect the core of the portfolio's technical profitability. Brian, what is your perspective as the investor?

Brian: Wearables have always had a lot of promise. The biggest challenge has always been where and how do they fit or, to put a fine point on it, can they seamlessly (i.e. in the background) create behavior change. Kinetic’s real-time machine learning-enabled vibration reminders are the gentle nudge that workers are accepting of because the vast majority of people in the workforce don’t want to be injured when they’re bending, lifting or twisting in a way that may hurt them. Having a short, small vibration make the nudge versus someone’s manager is far more palatable feedback, too. These very nuanced elements culminate in real sustainable profitability improvements, not just at a point in time, but over the long haul, which is a compelling economic moat for both the company and for the investor.

Ultimately, Kinetic is exactly why MGAs actually should exist:

Matteo: One of the biggest historical success stories in the past of the P&C U.S. market has been characterized by the strategy to grow as fast as possible at a target (healthy) combined ratio. Instead, we have seen many full-stack insurtech carriers focusing only on the growth and running portfolios with terrible loss ratios. I'm starting to hear founders in the market talking about the ambition to have more modest growth and sustainable portfolios. I'd love to hear the thoughts of both of you?

Brian: The last decade in public and private markets has been about three things - growth, growth and growth. The success of tech sector economics and winner-take-all strategies has rewarded this. But over the last year or so, the public and downstream private markets have shown that prioritizing growth without the context of contribution margin and capital intensity is not going to work with rising interest rates, tighter credit markets and dramatically fewer capital markets willing to fund fully verticalized *anything* models.

Haytham: In the private markets, though, you are serving two masters:

For example, in commercial lines like workers’ comp, understanding the actual developed losses of a book of business can take years. In the absence of reliable loss data, we’ve seen that the emphasis tends to shift to growth, which can be more easily controlled, and perhaps some proxy of losses. So it's a tricky situation, and finding the more nuanced investors who understand that it can often be better to have more moderate, but profitable growth has not been easy.

We like to think of Kinetic as the next wave of insurtech, or insurtech 2.0. We’re focused on risk reduction, using technology and data to help reduce losses and improve underwriting, which in turn will lead to more profitable policies. In this context, growth and profitability should be more compatible than they have typically been in the first wave of insurtech.

Please, my fellow insurers, don't stop investing in innovation! It’s unthinkable for an insurance company today not to pose the question of how to evolve its own model by thinking of which modules within their value chain should be transformed or reinvented via technology and data usage

I believe all the players in the insurance arena will be insurtech, meaning organizations where technology will prevail as the key enabler of the achievement of their strategic goals. 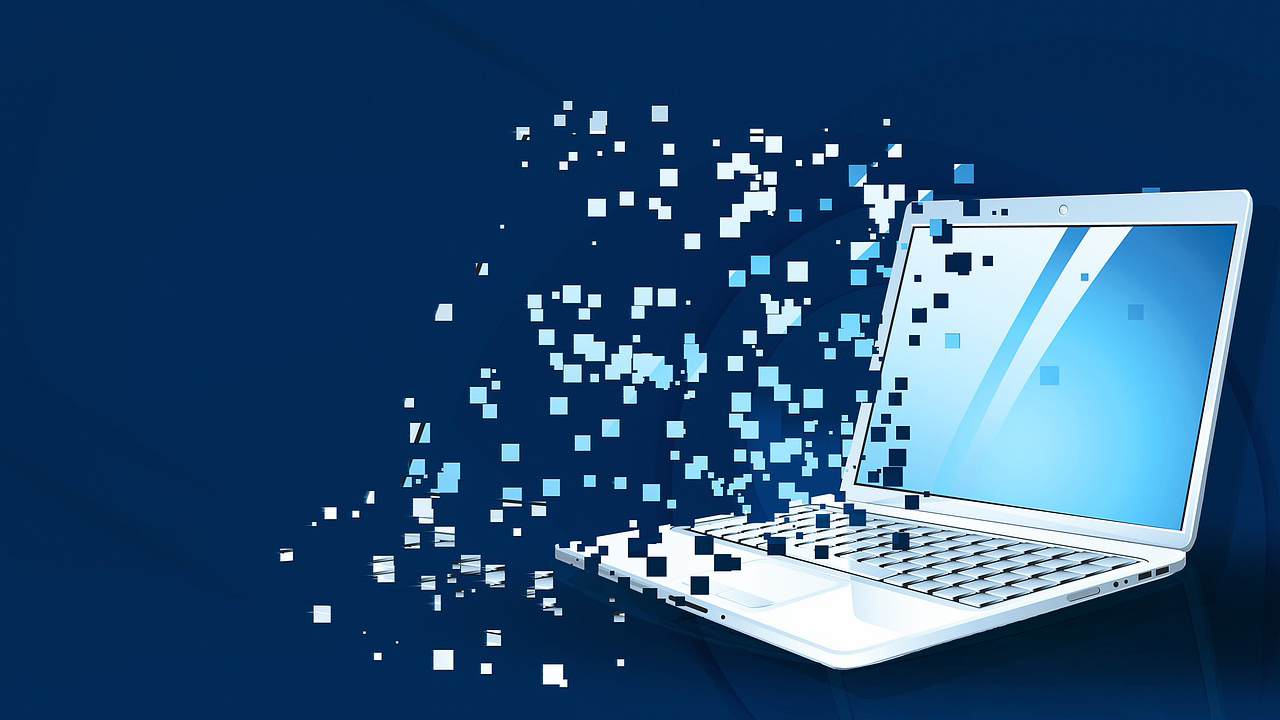