7 Reasons Why Health Premiums Are So High

Wait, you mean that when the insurance companies and the government teamed up for Obamacare, they actually made some mistakes?

John Hawthorne
May 16, 2017
Image
As he blazed/thrashed/insulted his way to the White House, Donald Trump constantly claimed Obamacare was not working. According to Trump, it was a “disaster” that only he could fix. His criticisms have certainly been creative, such as this tweet about one of the perpetrators of the Boston Marathon bombing.

Whether Trump  can actually fix Obamacare remains to be seen, but he was right about one thing: Insurance premiums are on the rise. It’s estimated that in 2017 premiums will go up by approximately 24%. Insurance companies like Aetna and UnitedHealthcare are pulling out of some markets after reporting significant losses, and other companies are significantly reducing the plans they offer. But why exactly is this happening? What are the root causes? While the issue is certainly complex, we do know some of the reasons costs keep rising. Here are seven primary reasons why Obamacare isn’t quite what everyone hoped. Two Things You Need To Know Before we depress you and make you worry about the future, let us give you two semi-good pieces of news. It’s not all gloom and doom. The Increases Primarily Affect Those Who Purchase Their Own Insurance 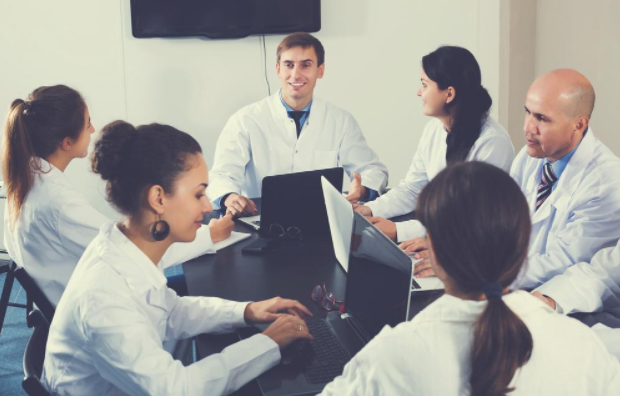 First, it’s important to note that the rise in premiums primarily affects those who are purchasing their own insurance, like those who are self-employed. If you live in cubicle land or work for the man, you probably won’t feel the brunt of the increase in premiums. Also, if you get your insurance through Medicaid, Veterans Affairs or Medicare, you probably won’t see much increase in your premiums. However, those who shop in the insurance marketplace will find themselves staring at steeply increasing premiums. For now, you may be able to work from a beach while sipping a mojito, but soon you may need to start drinking Bud Light. Let’s hope that doesn’t happen. You may not be working for the man, but you’ll giving more money to the man. Those Who Are Willing to Shop Around Will Probably Be Relatively Safe If you get a government subsidy to offset the cost of your insurance premiums and are willing to shop around for a new plan, you may not be hurt by the increase in premiums. There are various plans available in the insurance marketplace, some more expensive than others. If you’re willing to switch to a new plan, you can probably find one that doesn’t gouge you so deeply. But this is one of the problems with Obamacare. It usually covers a narrow selection of doctors and hospitals, and if you switch plans you may need to find a new doctor. If you’ve got challenging or complex health issues, this can be a big deal, especially if a particular doctor has been treating you for years. Unfortunately, this means that those who are in the worst health may get hit the hardest by the rate increases. If you don’t want to switch plans, you always have the option of becoming independently wealthy. Of course, this can be a bit more difficult than switching plans unless you happen to have a rich relative. See also: How to Push Back on Healthcare Premiums   Now let’s talk about why premiums are going up. Reason #1: Predictions Weren't Very Good 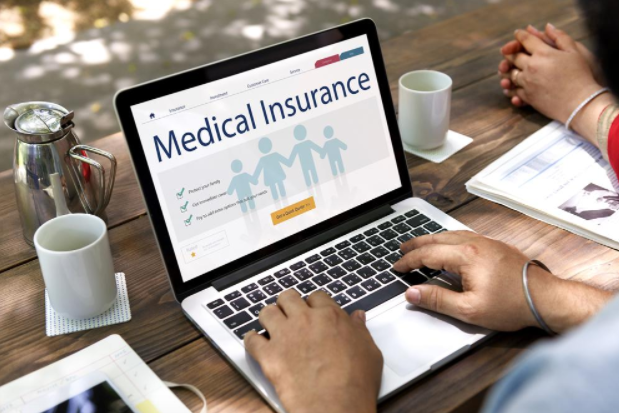 Wait, you mean when the insurance companies and the government teamed up, they actually made some mistakes? But they both have such sterling reputations for efficiency! It turns out that the health insurance companies underestimated how much it would cost them to insure those who weren’t already covered. A 2015 report found that insurance companies lost $2.7 billion in the individual market, in part because they had to cover more claims than expected. Insurance companies aren’t really in the business of losing money, and now they’re scrambling to make up for what they lost. On top of this, those patients who are the sickest generate about 49% of the healthcare expenditures. This unequal distribution of costs complicates the estimates and means some companies are losing money. Now that insurance companies actually understand the pools of patients, they’re adjusting premiums to account for the actual costs, which are way higher than they estimated. Reason #2: Insurance Companies Are Bailing Out Leading the way in the “Things That Aren’t Surprising” category is that many insurance companies are discontinuing plans that lose money. Additionally, some companies such as United Healthcare and Aetna are completely exiting some markets, leaving very little competition. In some states, there is a single insurance provider, allowing it to raise rates without consequence. In 2017, it’s expected that the number of healthcare providers will drop by 3.9% in each state. As we all learned in introductory economics, less competition equals higher prices. Reason #3: Healthcare Costs a Lot 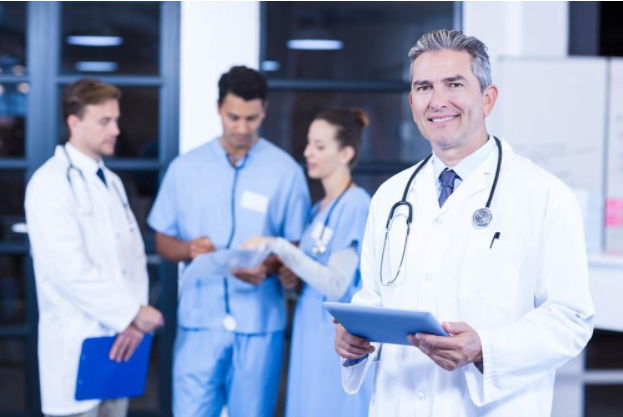 Remember last year when the price of EpiPens started skyrocketing and people were saying, “We’ll die without them!” and the producer said, essentially, “Well, it stinks to be you!”? People got rightfully upset because that was a pretty low move to pull. Unfortunately, rising medical costs aren’t just happening to EpiPens. Generally speaking, medical costs have been rising at about 5% each year, but some think they’re going to go up even more. Unfortunately, Obamacare is at least partially to blame for this. Newer treatments tend to be very expensive, and now even the sickest people have access to health coverage. This, in turn, means that they have access to the pricey treatments they never had access to before. As their expenses are covered, overall costs for all people are increased. As Sean Williams wrote:

The reason insurers are coping with substantially higher costs for Obamacare enrollees is actually pretty easy to understand. Prior to Obamacare's implementation, insurers had the ability to handpick who they'd insure. This meant people with pre-existing conditions, who were potentially costly for insurers to treat, could be legally denied coverage. However, under Obamacare insurers aren't allowed to deny coverage based on pre-existing conditions.

Now could be the time to begin experimenting with those homeopathic cures we’ve been hearing about all these years, like rubbing cucumbers on our feet or bathing in olive oil. Purchasing hundreds of gallons of olive oil is probably cheaper than premiums will be. See also: More Transparency Needed on Premiums   Reason #4: Some Government Subsidies for Insurers Are Ending Since 2014, the government has provided some subsidies to marketplace insurers that cover higher-cost patients. These subsidies significantly reduced the cost to insurance companies and made them more inclined to work through the problems. But this program is ending in 2017, and it’s expected that premiums will go up 4% to 7% as a result. Reason #5: It’s Not Easy to Fix a Giant Market 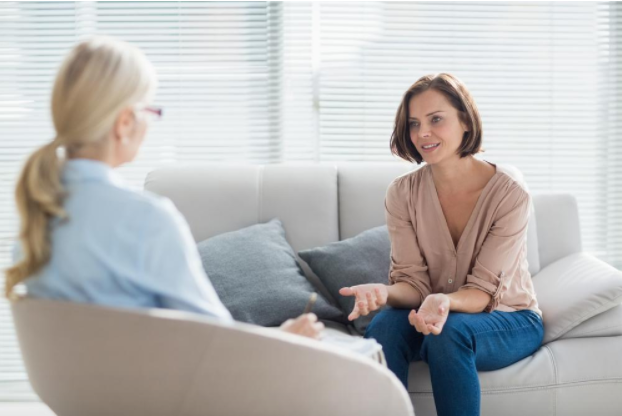 Unfortunately, fixing a giant market like health insurance isn’t simple. This should surprise absolutely no one. First, the government is involved. Fixing anything government is always a nightmare, taking years of meetings, proposals and backroom deals. Second, the healthcare industry is involved, which is only slightly less unwieldy than the government. Getting both of these entities to actually make progress is like trying to convince an elderly person that rock ‘n roll doesn’t sound like pots and pans banging together. Lots of solutions have been proposed, but a single, straightforward solution has not been adopted. Reason #6: The Market Is Smaller Than Expected Chalk this one up to yet another miscalculation by the government. It turns out that significantly fewer people are enrolled in the insurance marketplace than expected. Like, 50% less. Young adults in particular aren’t signing up, probably due to the fact that the penalty for not signing up has only been around $150. A smaller market means that insurance companies can't absorb the cost of particularly ill patients as easily. In larger cities, enough people may enroll to spread out the risks, but in smaller areas insurance companies are hit hard. This, of course, causes insurance companies to pull out, increasing the problem even more. Reason #7: The Rules Aren’t Helping Things 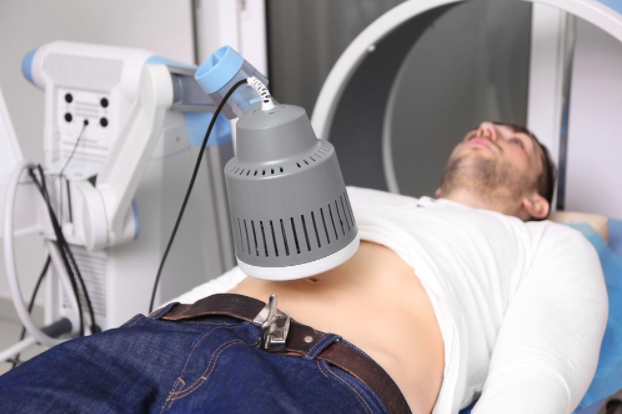 One of Obama’s big selling points for his healthcare plan was that insurance companies wouldn’t be able to deny coverage to those with preexisting conditions. This sounds great in the public square but doesn’t always work well in reality. Currently, the government forces insurance companies to cover people but doesn’t offer the companies assistance when their costs exceed their revenues. If an insurance company doesn’t think it will make money, it will pull out faster than Donald Trump says something ill-advised. See also: A New Way To Pay Long Term Care Insurance Premiums – Tax Free!   Conclusion

It’s easy to be critical of Obamacare, but we should also recognize the great things it has achieved. Many people who would never have received medical coverage have been able to get the treatments they desperately wanted. Will the problems be fixed? Let's hope. But as we’ve seen, creating a solution that works for both consumers and insurance companies isn’t easy. This article originally appeared at Life Insurance Post and has been republished with the permission of lifeinsurancepost.com.

John Hawthorne is a health nut from Canada with a passion for travel and taking part in humanitarian efforts. His writing not only solves a creative need but has also led to many new opportunities when traveling abroad.