As social inflation has been more widely examined in recent years, it has grown to encompass almost any unfavorable aspect of modern Casualty insurance. However, while many Casualty lines are under strain, some are performing well despite purportedly being susceptible to many of the same forces. Segmenting Casualty lines into those performing well and those under strain, and considering what the well-performing lines have in common that is not shared by the lines under strain, can help define which aspects of social inflation are most important. This information is crucial to formulating an effective response against these damaging influences.

Consider that industry-wide loss ratios have grown steadily over the past 10 years in Commercial Auto Liability (CAL) and Other Liability Occurrence (OLO, which includes Umbrella), but have shrunk in Products Liability (PL). The change in calendar year loss ratios reflects the late development from prior accident years, which highlights unexpected changes in market conditions – such as social inflation. Even though some PL business is written on a claims-made basis, the downward trajectory of calendar year loss ratios is still indicative of improving market conditions for the line. The four largest states – California, Florida, New York and Texas – represent roughly 40% market share in each of these lines and have loss ratios higher than the rest of the states, but loss ratios are moving in the same direction for all states. What is happening in CAL and OLO that is not happening in PL? 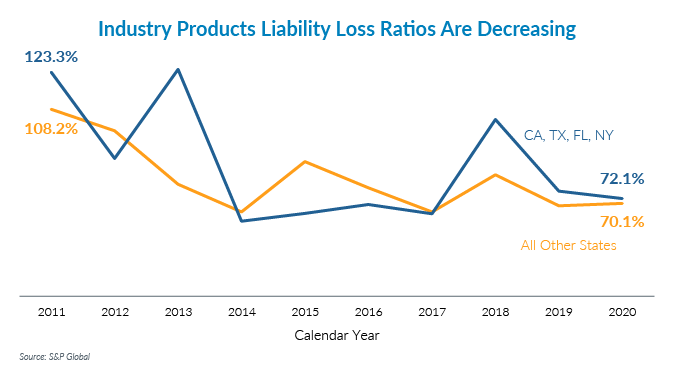 To answer that question, it is helpful to put some context around these increasing loss ratios by estimating the dollar impact. If what the loss ratio would have been in recent years without social inflation was known, it could be compared against the actual loss ratio and that difference multiplied by the premium to measure the magnitude. This is impossible, of course, but an approximation based on historical data can be made. One rough estimate of this “pre-social-inflation” loss ratio is the average ultimate loss ratio at 12‑months maturity for the years leading up to the onset of social inflation – widely accepted as around 2016. For CAL, this baseline is 67%, and for OLO this is 63%.

If these loss ratios had continued, instead of the actual loss ratios at the latest valuation, then industry-wide losses would have been more than $3 billion per year lower for CAL and roughly the same amount lower for OLO, or more than $6 billion per year total. It’s impossible to know for certain how these years would have played out under different circumstances, but this gives a rough estimate of the magnitude. 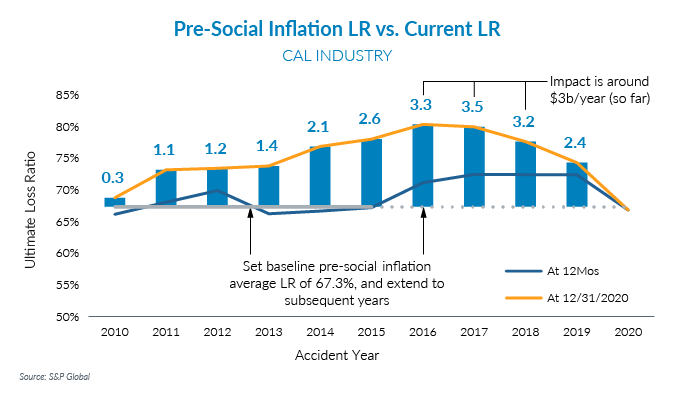 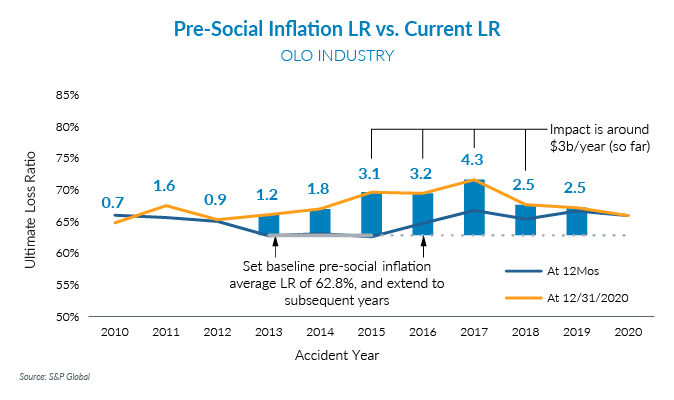 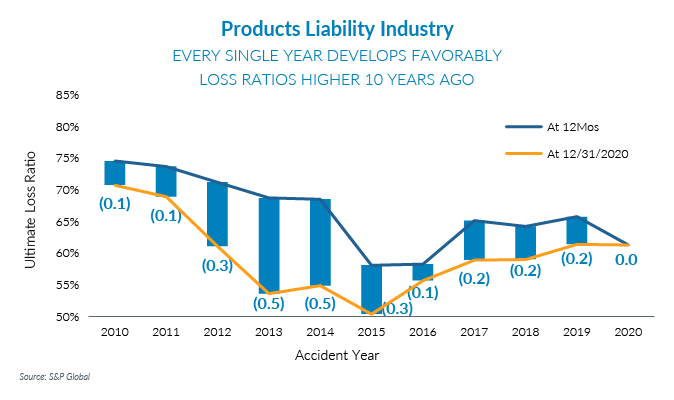 Meanwhile, for PL, every single recent accident year has developed favorably by around $200 million per year, and loss ratios were higher 10 years ago than they are today. Note that the upward trajectory of recent loss ratios is somewhat illusory because it can safely be assumed that recent years will also experience future favorable development similar to prior years. Granted, the fact that some PL business is written on a claims-made basis helps shorten the reporting pattern, but this favorable development is in stark contrast to the deterioration seen in CAL and OLO. This is counterintuitive, as PL would seem to be susceptible to many of the same causes of social inflation that are driving up the CAL and OLO loss ratios, including:

Furthermore, because PL is a much smaller line than the other two, it would not take as much claim activity to have a noticeable impact on results. Various measures of industry-wide rate change suggest that PL rates have not increased as much as other Casualty lines, implying that loss activity, rather than premium adequacy, is to blame. There are many other differences among these three Casualty lines, but one would still expect that they all would suffer if the above judicial phenomena were the leading drivers of social inflation. While the importance of the issues listed above cannot be discounted, other factors appear to be having an even greater impact.

One notable distinction among these lines is the types of injuries sustained. The claims for CAL and OLO – of which Umbrella is a major component – contain a high concentration of auto accidents, where high-speed blunt force trauma injuries result from vehicle operation. PL claims contain a much broader range of injury types, from a wider array of potential hazards, and the PL line is more diversified. For example, if exercise equipment gets 5% more dangerous next year, that only affects a small subset of PL risks, whereas if vehicles get 5% more dangerous next year, that affects all of CAL and much of OLO.

Looking at Gen Re’s Personal Umbrella claim experience provides further insight. Personal Umbrella was selected because it contains fairly homogenous exposures and claim types, is a Casualty line that appears to be affected by social inflation and is an excess cover that captures changes in large claim severity. A key finding was that among claims that hit the Personal Umbrella policy limit, a growing proportion of those claims are coming from non-fatal injuries. This would be expected if improved vehicle safety was preventing fatalities and instead an otherwise-fatal crash resulted only in injury, but National Highway Traffic Safety Administration data suggests this accounts for only a small part of the growth. Instead, a dramatic shift in the make‑up of large claims is occurring. Insurance claims executives have observed a marked increase in non-fatal traumatic brain injuries, and more work is being done to quantify this. It appears that this increase, which would have a substantial impact on CAL and OLO but a relatively minor impact on PL, may be driving much of the social inflation seen across Casualty lines. 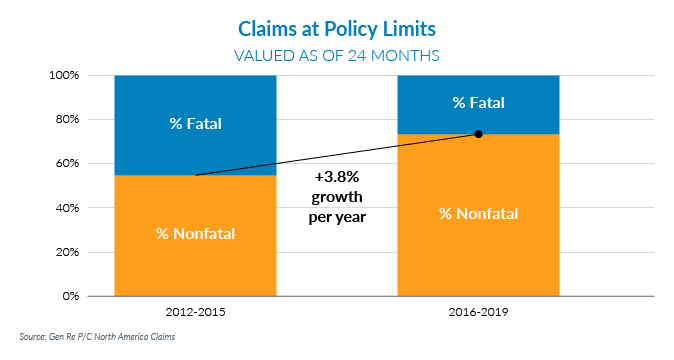 Social inflation has had a profound impact on Casualty insurers in recent years and is expected to increase for the foreseeable future. There is still much to learn about social inflation, its causes, and its impacts. Understanding what is driving social inflation is crucial to developing an effective response; for example, is it more important to focus on improved safety to reduce injuries, or on tort reform to reduce bias in the judicial system?

While many connected factors contribute to social inflation, this analysis suggests that an increase in non-fatal auto accidents may be one of the most influential. Unless specific appropriate actions are taken to address the recognized causes of social inflation, Casualty insurance results will continue to suffer.

Christopher Mackeprang is a treaty pricing analyst for Gen Re. He works on pricing for all property and casualty lines, with a focus on mutual companies.

The coronavirus is upending almost every actuarial projection made for 2020. Here are some updated thoughts, sector by sector.

Karol represents NAMIC in Washington on issues affecting property/casualty insurance companies and has primary management of NAMIC’s response to Dodd-Frank legislation and regulation. He is also the leader of NAMIC’s investment services practice. Karol has extensive legal, regulatory and operations experience with major financial services companies, law firms, regulatory agencies and Congress. He was a leader in Deloitte’s global financial services practice, a supervisory principal for a broker dealer, with the S.E.C. Division of Enforcement and with the U.S. Senate Committee on Governmental Affairs.

Karol graduated from the University of Notre Dame Law School and has a political science degree from St. John Fisher College. 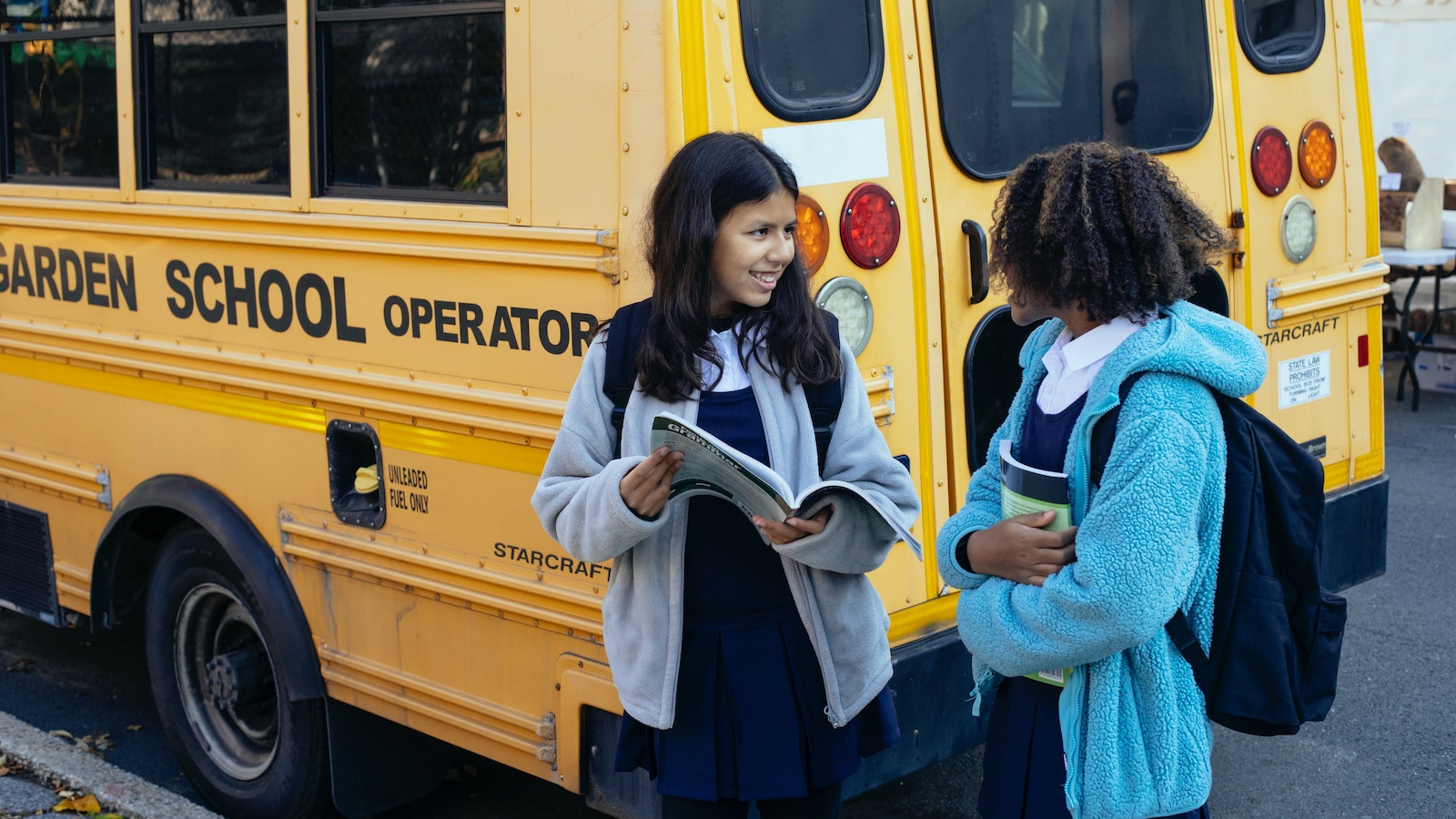 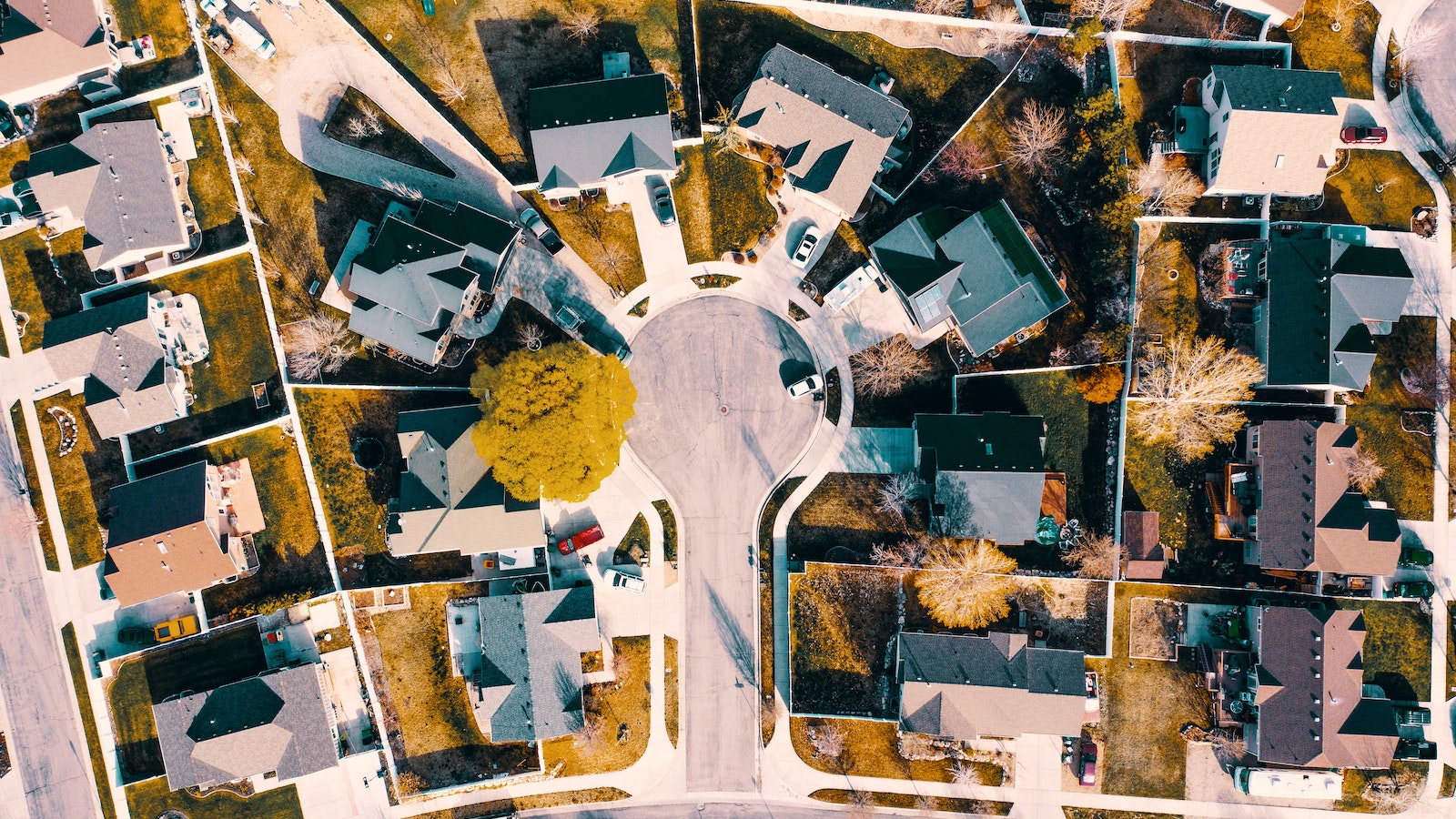 How Owners Can Fortify Homes

During the last five years, 89 weather and climate disasters in the U.S. caused $788 billion in damage. In 2022, nine events have exceeded $1 billion in losses.

Coastal home and business owners need adequate protection now as much as ever, especially as climate change leads to more severe and frequent storms.