Wellness War Is Over; Wellness Lost

Actually, proponents surrendered in the wellness war, producing a report that debunks their own claims of return on investment.

Al Lewis
Vik Khanna
April 8, 2015
Image
What if we told you that “pry, poke, prod and punish” wellness programs are bad for morale, damage corporate reputations and cost more money than they save? You’d say: “Al, you, Tom Emerick and more recently Vik Khanna have been telling us that for years.” You might add: “And while your opinions are usually well-reasoned and based on good data, we’d have to hear the true believers’ side of the story.” But what if we told you: “That is the true believers’ side of the story”? Yep, the wellness industry’s leading luminaries – 39 of them, representing 27 vendors and one consulting firm (Mercer) -- have all gotten together under the aegis of both their trade associations – Health Enhancement Research Organization (HERO) and Population Health Alliance (PHA) -- and reached that “consensus.” We don’t know if they simply didn’t read their own report before reaching this consensus, or whether they just all decided to tell the truth. Frankly, we’re fine either way. (This is also the second time in five months that a major wellness true believer admitted wellness doesn’t save money. The first time was a meta-analysis in the American Journal of Health Promotion that concluded that “randomized clinical trials show a negative ROI.” After we started quoting the analysis, the editor wrote a 2,000-word essay walking it back.) Because our claim that we are laying out “the true believers’ side of the story” would otherwise require a certain suspension of disbelief, we are going to rely more heavily than usual on screenshots. We also recommend reading the report itself, or at a minimum our analyses of it. (Our analyses are going to be a 10-part cycle. Make sure to “follow” the website They Said What? to not miss a single episode.) Page 10 of the report lists 12 elements of cost. The first element itself contains about 12 elements, making this a list of 23 elements of cost. (Add consulting fees, which were overlooked even though three Mercer consultants sat on the committee and even though page 14 calls for use of “consulting expertise,” and you get 24.) You’ll see damage to employee morale and corporate reputations listed as “tangential costs.” But, as two people who run a company, we would call damage to those intangibles much more than tangential. Our company runs on morale. Pulling people away from their workstations to poke them with needles, weigh them, measure their waists and test to see if they are lying about their smoking habits couldn’t possibly be good for morale. We are equally curious about the blithe dismissal of legal challenges as a tangential cost. No firm wants its name dragged across the wire services because it is being sued for its wellness program (just ask CVS and Honeywell). Getting dragged into the courts (and, hence, the media) for running a wellness program isn’t a tangential cost -- and it’s an unforced error. 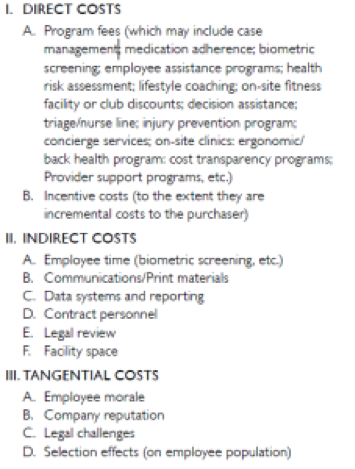 On Page 15, as the report discusses how to measure the return on investment, the authors select only one of those 24 costs – vendor fees – as the basis for comparison. Omitting the other 23 costs, plus incentives, makes it easier to show an ROI. The fees are listed as “$1.50 per employee per month,” or $18 a year, even though the rule of thumb is that wellness programs cost many hundreds of dollars per employee per year.

Further in, on page 23, the authors list the related savings: $0.99 per “potentially preventable hospitalization,” abbreviated as PPH. (The fact that we have to do the math on our own by comparing figures across pages suggests this admission of losses was a gaffe rather than deliberate honesty.)

The savings figures are based on reductions in event rates that (1) are about twice what typically gets achieved; and (2) somehow overlook the natural decline of 3% to 5% a year in cardiac events even without a wellness program. Even without adjusting for those two mistakes, savings fall $0.51 PMPM short of vendors fees alone. And losing $0.51 per employee per month is the best-case scenario. The “savings” includes benefits from disease management (which is not covered by the $1.50 PMPM in vendors fees), and omits the offsetting costs of all the extra doctor visits that come from overdiagnosis and overtreatment. So, here are the two conclusions: Don’t take our word for either of these. Write to us, and we will send you an ROI spreadsheet that you can use to do your own calculations. One way or the other, what RAND’s Soeren Mattke called the wellness wars are over. Wellness has surrendered. How Will the Wellness Industry Respond? HERO and its assembled luminaries will probably ignore this gaffe, to prevent a news cycle that their customers might notice. However, if the problem gets covered broadly, they will respond. This was their modus operandi the last time they got “outed.” We had shown them in 2011 that one of their key slides, for which they even gave themselves an award, was made up. We presented our proof many times and even put it in both our books…but it wasn’t until Health Affairs shined a bright light on it that they acknowledged wrongdoing. They said that the slide “was unfortunately mislabeled” by an as-yet-unidentified culprit, but that no one noticed for four years. (Rather than relabeling the slide in a "more fortunate” way, they took the slide off the site.) To clarify that their position is indefensible, we have offered a reward of $1 milliion for them to simply convince a panel of Harvard mathematicians that they have any idea what they are talking about beyond the fact of the gaffe itself.  Their refusal to claim this reward speaks volumes. Implications for Brokers The implications for brokers are profound. First, stop placing wellness programs -- or at a minimum get a “release” from your clients saying that they’ve read this article but want to proceed anyway. The disclosure by the wellness industry’s own trade association that wellness loses money increases your liability because you “knew or should have known” that losses were to be expected. Second, you can probably offer your client the chance to abrogate vendor contracts, especially if the vendor was one of the 27 that reached this “consensus.” That might reduce your revenue in the short term but will cement your relationship. And you want your clients to find out about wellness' problems from you, not from the media. But whatever else you do, follow future installments here on Insurance Thought Leadership as we plow through this report and deconstruct more of not just their crowd-sourced math but also of their crowd-sourced alternative to reality, in which prying into employees’ personal lives, poking them with needles in blatant disregard for government guidelines, prodding them to get worthless checkups and punishing them when they don’t is all somehow going to save employers millions of dollars.

We'll settle the wellness debate the old-fashioned way: offering a $1 million reward to anyone who can prove it isn't a horrible investment.

How CDC Sparked the Wellness Legend

A call to action in 2009 published "arresting facts" that are certainly arresting but aren't facts -- yet have become the basis for wellness plans. 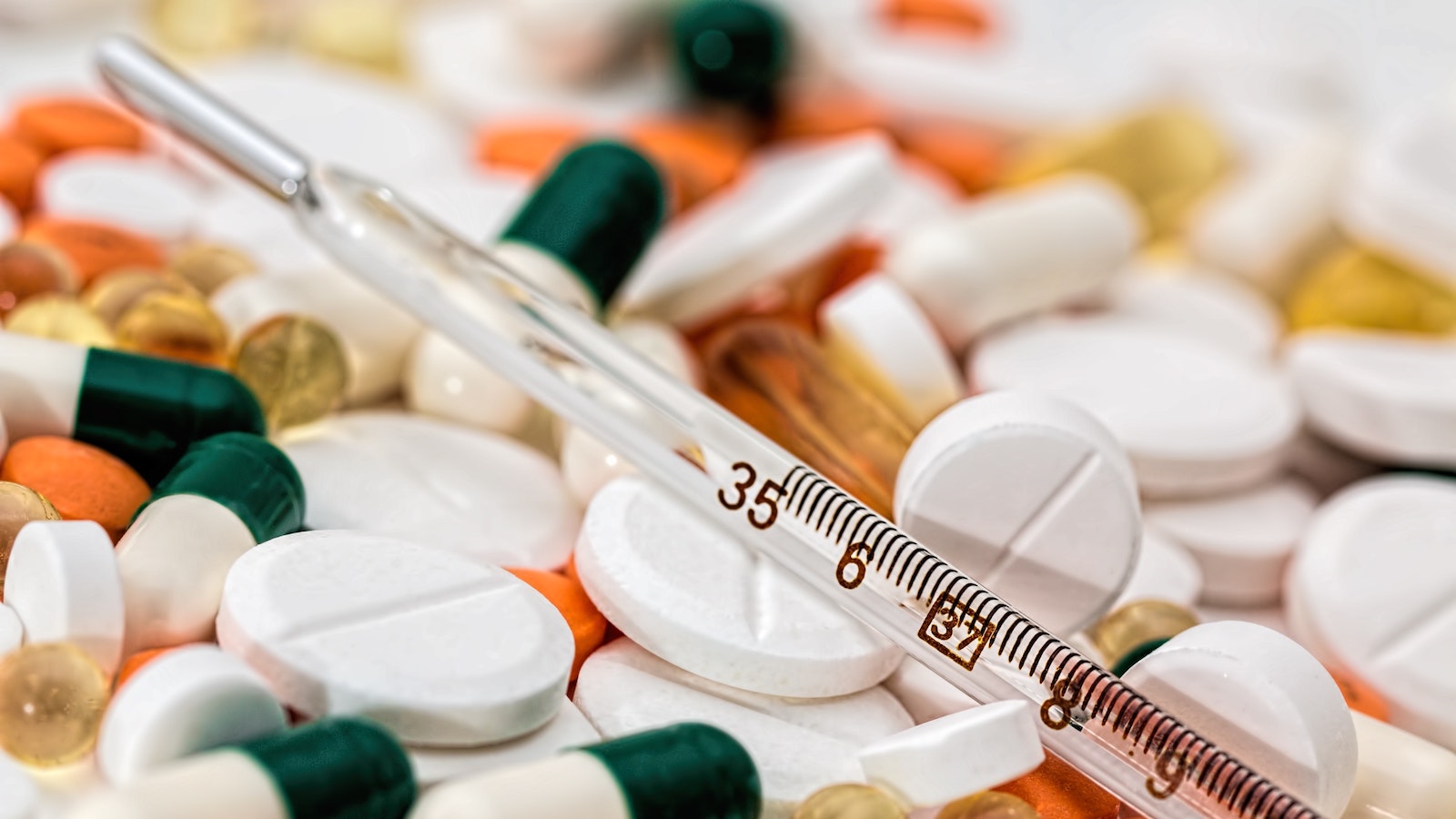