How Is Insurtech Different in Asia?

There are clear differences with the U.S., which lead to differences in terms of pace of adoption as well as the actual solutions.

Stephen Goldstein
December 4, 2017
Image
A few weeks ago, for my work outside of Daily Fintech, I attended the InsurTech Asia Association Roadshow in Japan and Singapore. During the roadshow, Pivot Ventures (the company I work with), together with the association, brought together 15 startups with 15 insurer/reinsurers. This was my first trip back to Asia since moving back to the U.S.  It got me thinking: What are some similarities and differences between Asia and the U.S. when it comes to insurtech? At a high level, I found two clear similarities between Asia and the U.S: When you get a bit deeper, though, there are some very clear differences between the two continents, which lead to differences in terms of pace of change/adoption of insurtech solutions as well as the actual solutions that are being put in place: 1.  Many times people talk about Asia as one place.  Yes it is one continent, but with many countries. I have grouped some of the countries below based on my experience in the region: a.  Northeast Asia – Korea, Japan and Taiwan b.  Emerging Southeast Asia (ASEAN less Singapore) – Malaysia, Indonesia, Cambodia,  Vietnam, Laos, Myanmar, Thailand, Philippines, Brunei c.  Mature Southeast Asia – Hong Kong, Singapore d.  India e.  China f.  Central Asia (Mongolia, Kazakhstan, etc.) I group these countries based on where I believe they are in terms of insurance/insurtech innovation as well as similarities in culture. India and China are kept on their own because they are so big and so different. "Others" would include Central Asia and some other parts of Asia not specified in a-e. 2.  Coupled with the differences in culture of the different countries above is that of the consumer. This can be two-fold – 1) in terms of their preferences/needs and 2) in terms of their disposable income.  In general, there are some similarities in terms of income/earning of consumers in the countries/groupings that I label above, but there will be some big differences in terms of what customers need/want when it comes to Insurance in each market. 3.  Regulation is different in each country. This means, for an insurtech startup wanting to expand to Asia, it will need to deal with multiple regulators (which could be entirely different regulations, language, cultural dynamics). U.S. startups have to deal with different state regulators, but, on the whole, it is the same language and overarching national guidelines (though the dynamics of each state could make it just as difficult as launching in multiple countries across Asia). See also: My 4 Ps for Investing in InsurTech   Also, on regulation, there seem to be more regulatory sandboxes in Asia (HK, Singapore and Malaysia all have one), which allow for startups to try their solution in a market without having to go through all approvals. I believe the U.S. could really value something like this. Any specific examples? A whole paper could be written on the differences between each country in Asia, especially as it relates to insurance and insurtech. So, I will include the top question/comment that I received/heard in each market, which may help to shed some light on some of the key differences (though I only attended Singapore and Japan, we had one colleague with us from China, and I have also included one from my experience in Malaysia): Willis Towers Watson/CB Insights Quarterly Briefing Two weeks ago, Willis Towers Watson and CB Insights released their Quarterly Insurtech Briefing. This quarter’s focus was on Asia, primarily China, and the "shifting global balance of power" as it relates to insurtech. There are a lot of great things with the report and I encourage you to read the whole report when you have time. A few key themes/figures resonated with me from my recent trip to Asia and my experience working in Malaysia. All graphs/pictures below have been taken from the Quarterly Briefing. 1) Insurance penetration is low and populations are growing, meaning there are tons of opportunities in insurtech.

Looking at the picture above highlights two interesting things: 2)  Products and distribution need an upgrade On the product front, just like everywhere in the world, there are opportunities for innovation. The products in each market in Asia will be primarily driven based on customer need and affordability. Hence, the offerings in each market will vary widely from country to country. Additionally, due to the massive amount of e-commerce in Asia, particularly in China, there are a lot of opportunities for new products in this space as well as insurance as a bolt-on (API) to web-purchased products. On the distribution front, things become a bit more interesting. I have mentioned this a few times above. In Asia, when it comes to agency distribution, in most countries, the incumbents operate on a captive agency model. Some of the agents/agencies will have been with the company for upward of 20/30 years, only representing that incumbent. On the partnership distribution side, many of the agreements with banks in Asia are exclusive agreements (particularly on the life side), whereby banks are the exclusive distributor of an insurer's products. What does this mean? The potential for channel conflict for incumbents, when it comes to new direct channel (i.e. online) sales, is very high. Both agents and banks will want the new digital tools/investment to be made in them, and will see any other distribution channel as a threat.

Just look at the graph above. This is quite telling. This, however, means that there are lots of opportunity for new full-stack players that come into Asia (that doesn’t exist as much in the U.S. because the agents/financial advisers in the U.S. typically represent more than one carrier). Because of these captive agents/exclusive bancassurance deals, full-stack startups can offer a different proposition because they are not encumbered by legacy system or legacy distribution. 3)  Enter tech giants and APIs Leveraging partnership platforms is what has made Zhong An so successful. It has also opened the door for a lot of new types of products based on the needs and offerings from the e-commerce platforms that Zhong An partners with. This trend will not go away. Not in China, not anywhere else. There will be tons of opportunities for insurtechs to partner with insurers and non-insurers alike to find new ways to offer insurance directly to a consumer. I like the three points below that were in the briefing:

There have been some write-ups recently about Apple and Amazon potentially entering the insurance space. How can you read Bullet B&C and not think of these two companies? Summary Asia is a fascinating place with different people, cultures and topographies. Aside from the similarities and differences outlined above, one thing for sure is that Asia is "always on." Every time I go there, I feel a certain buzz around me. It doesn’t matter what country I am in, I always feel that buzz, because almost everywhere in the continent is growing (albeit some places moreso than others). China is one market that is so intriguing. Geographically, it is so big. This means that each area is so diverse, as well. Things happen there at a pace much faster than anywhere else in the region. See also: Innovation: ‘Where Do We Start?’   As I’ve mentioned in a few articles before, cross-border collaboration and best-practice sharing is what is going to help make insurance and insurtech thrive. What is your experience of the difference between insurtech in Asia and the U.S.? Please share your knowledge in comments  or on the Fintech Genome. This article first appeared at Daily Fintech.

Stephen Goldstein is a global insurance executive with more than 10 years of experience in insurance and financial services across the U.S., European and Asian markets in various roles including distribution, operations, audit, market entry and corporate strategy.

Insurtech Starts With ‘I’ but Needs ‘We’

There is one answer that keeps coming up to the question of "What makes an insurtech initiative a success?" That answer – the team.

Touching Customers in the Insurtech Era

It is imperative that all companies (not just in insurance) find better ways to interact and engage with their customers. 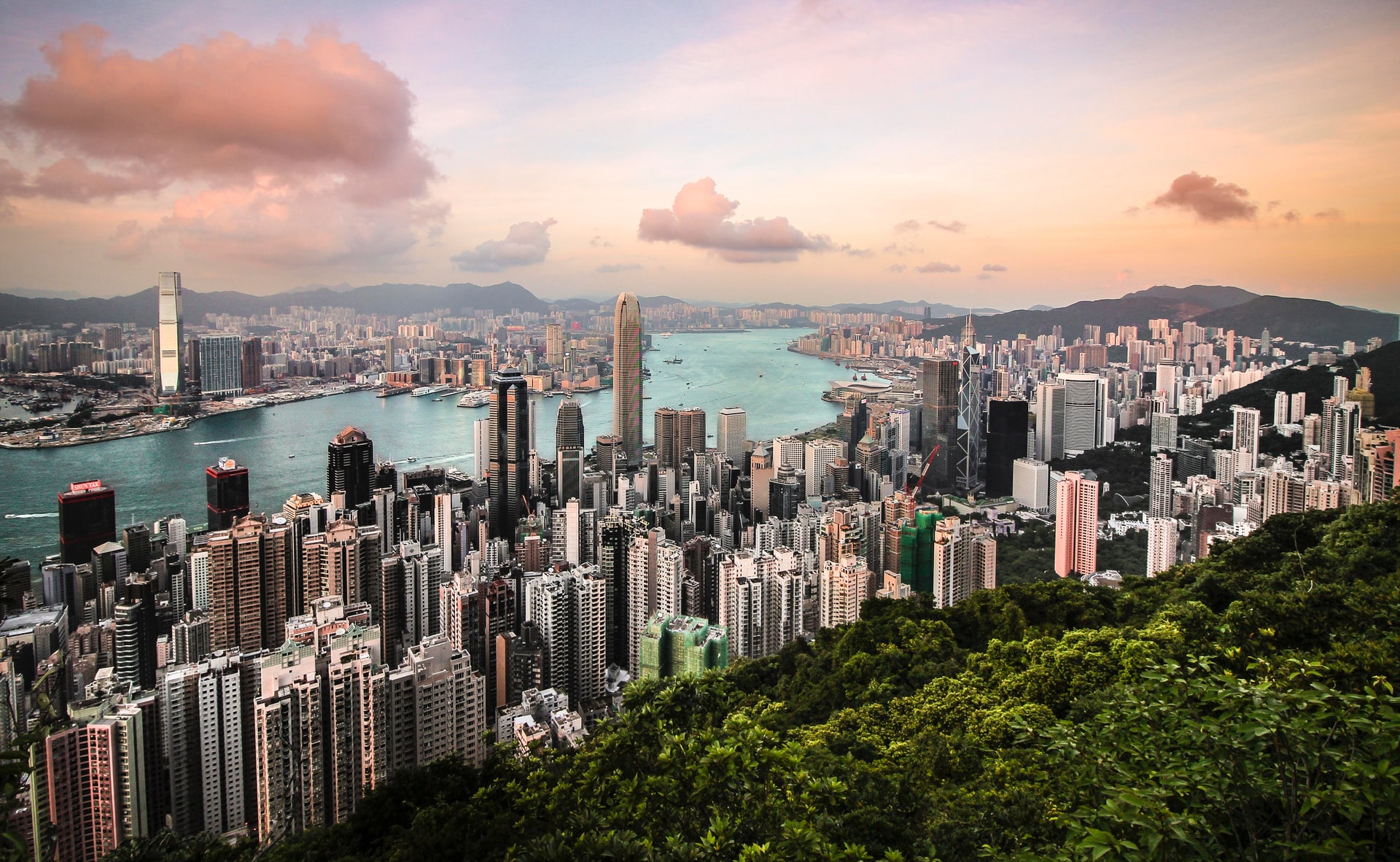 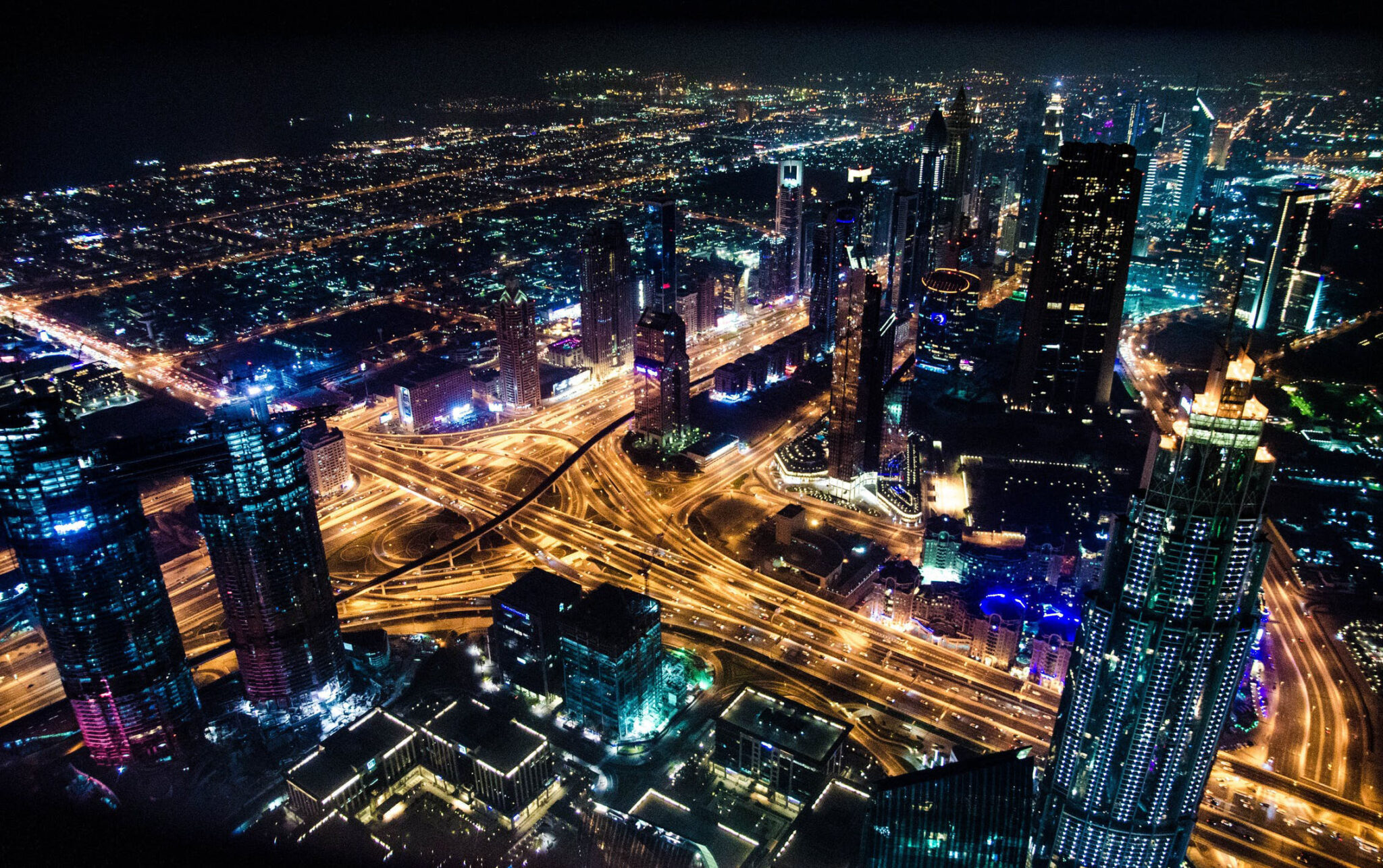 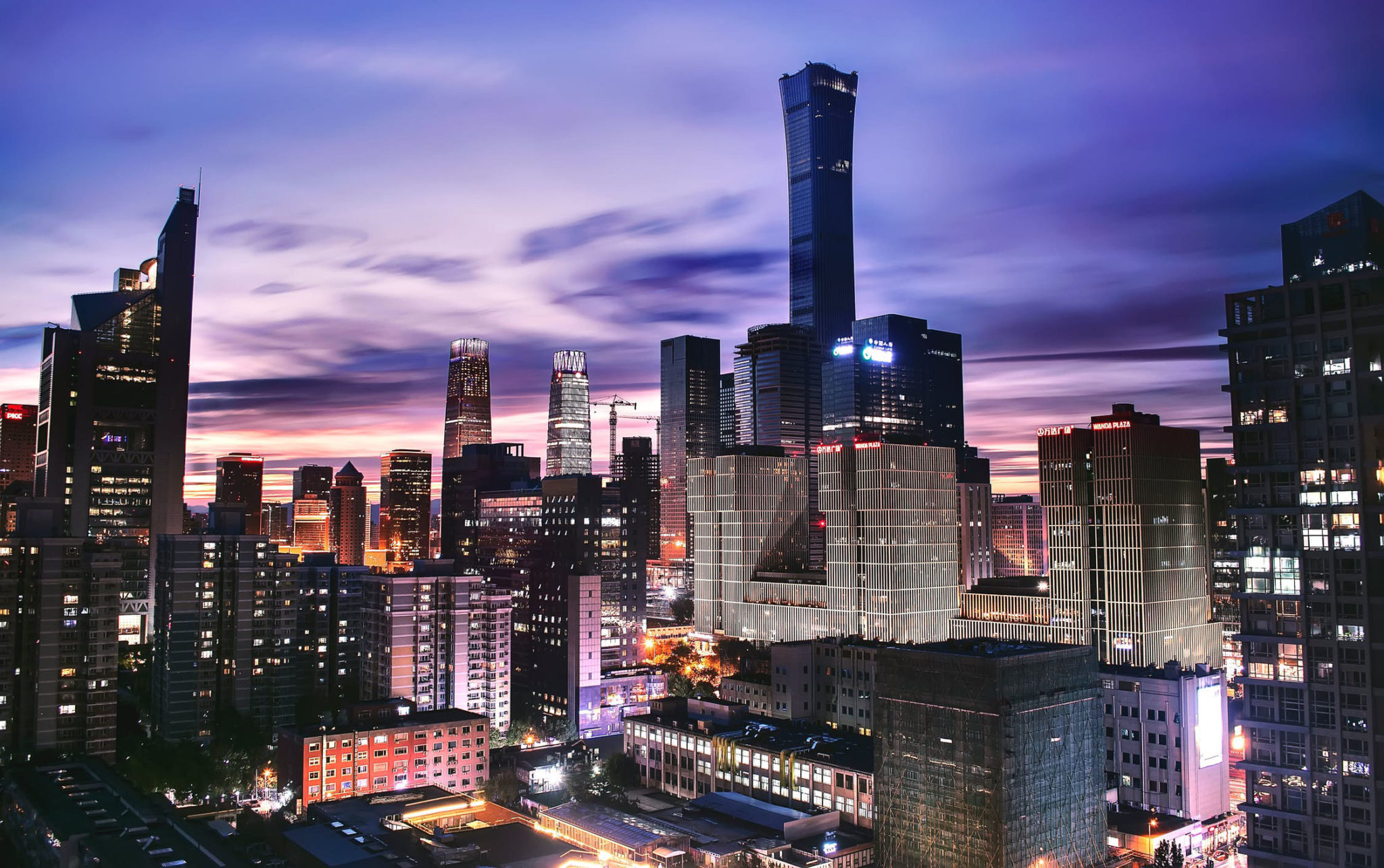 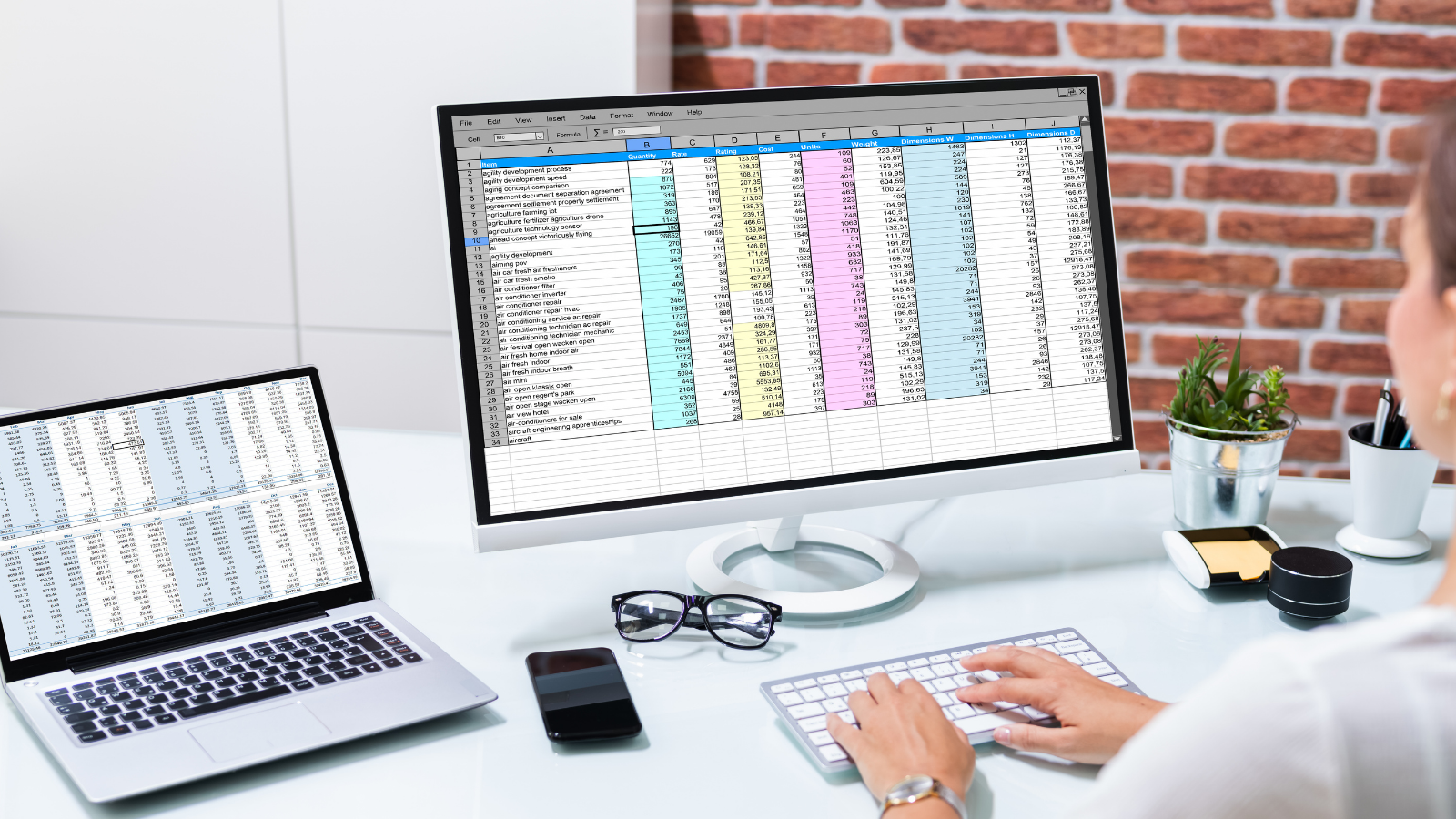