Insolvencies and impairments are so low in P&C that most agents pay little attention to the possibility one of their companies may fail.

Chris Burand
July 31, 2018
Image
Insolvencies and impairments are at such a low rate in P&C that most agents do not pay much attention to the possibility one of their companies may fail. (This is not necessarily true in health benefits and long-term care (LTC), an issue of societal importance that has been ignored because so many of the companies that have had issues were set up specifically under the Affordable Care Act). I now meet people in the insurance industry who have never, ever had to deal with rolling a book because the carrier went insolvent or even pulled out of the market overnight. Not long ago, who would have thought that possible? These numbers hide an interesting and important reality. About 10% to 15% of P&C companies, or on the five-year average between 2012-2016, inclusive, 176 companies, a year go away, according to A.M. Best (my calculations). Most of these companies, around 88% annually, are sold, consolidated or reorganized in some form or fashion. Most often, the effect on agents and consumers is nil--but not always. Sometimes these reorganizations result in new underwriting, new pricing, less service and other issues that make doing business with the new company quite painful. Worse, on average, about 22 companies annually are dissolved, liquidated, surrender their license, go into liquidation (different from being liquidated), go into runoff or no longer make their filings. Twenty-two out of around 900 companies is peanuts unless it involves you. See also: Innovation: ‘Where Do We Start?’ Another really interesting aspect is that one form of company is not inherently more stable than another. The rate of difficult situations on a percentage of companies with those formations is materially the same for stock companies versus mutual versus even risk retention groups. One point that is missed when analyzing frequency is the potential severity of an agent's E&O if particular forms of companies go insolvent. For example, when an agent has the option of placing an insured in a standard, admitted company but instead places the insured in an RRG or captive, a strong argument can be made that the agency must adhere to a far higher standard of care. [caption id="attachment_32495" align="alignnone" width="570"] 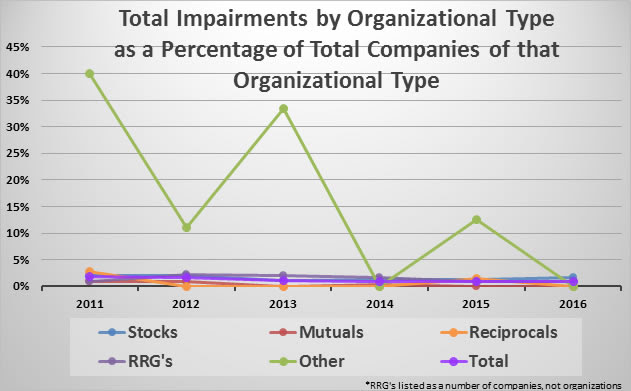 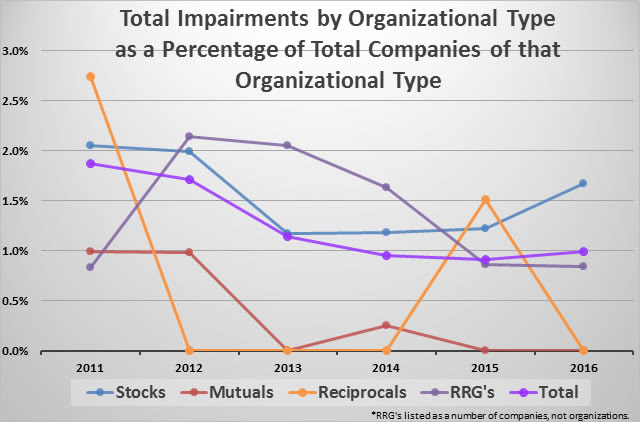 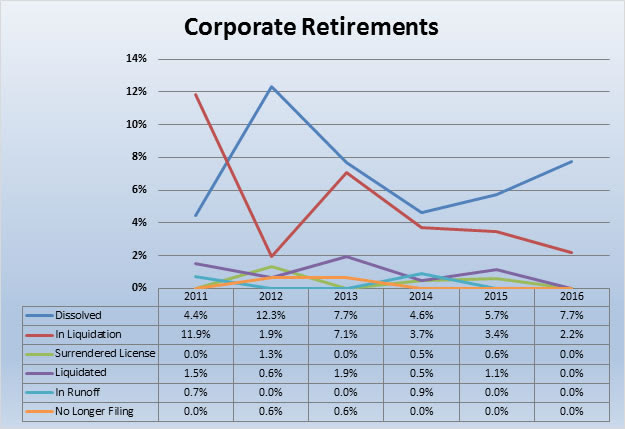 Source: A.M. Best[/caption] These kinds of companies may not be covered under the state guaranty funds. One of the results of low insolvencies is that the agency community has lost some collective intelligence regarding what to do if a company goes insolvent. I find many agency people have no idea a guaranty fund even exists, much less the parameters involved. Agents largely have a duty to advise clients whether the entity with which they are placing that client's policy is covered under the state guaranty fund. This includes surplus lines. Risk retention groups and captives have quite different funding in many cases than traditional carriers. Often, insureds are potentially responsible for "assessments." Different companies and different types of these alternative carriers use different technical legal terms regarding whether these items are technically "assessments," but, to most people, when an insurance company tells an insured it needs to pay more money because the company is out of surplus, it feels like an assessment. For this purpose, I'm going to therefore use "assessment." I find that a large percentage of agency people selling these policies have completely and absolutely failed to read the key details in the policy language. Even when the policy requires that a power of attorney be signed, somehow the agents have not noticed that the vast majority of insurance policies do not require POAs be signed. A halfway curious agent might just wonder why a particular company wants the insured to sign a POA rather than just thinking it is just another piece of paper. When an agent tells an insured to sign a POA and something goes wrong with that carrier, especially involving an assessment, impairment or insolvency, the insured may have strong cause for coming back against the agent. Bluntly, I do not understand how agents, and I've interviewed dozens and dozens, do not notice these POAs. A word of advice to agents: If you have an insurance company that requires the insured to sign a POA, pay attention! Think about it! POWER OF ATTORNEY! Why would an insurance company want the insured to give it power of attorney over the insurance policy? Isn't this just a little different than normal? The pain of a wobbly company to the agent is not considered in these statistics either. When a company has to sell a division to raise capital, the company may be saved from impairment. The agent, though, may have to do a whole lot of extra work. Just an FYI, companies sell divisions primarily to raise capital or because they are incompetent in managing those divisions, which may indicate issues in and of themselves. Such sales can be dressed up, but be sure the reality is that someone has put lipstick on a pig. Another example is actually smart, if it was not nefarious. This is where a wobbly company raises rates far more than other carriers. The company say things like, the other carriers will follow, or that the company needs to make money in this line or that line or all lines. The company has to say things like this. In reality, the company is raising rates in hopes that agents will move the business because the company may not have the surplus to support its writings. The No. 1 goal is to get agents to move as much premium as possible. If the company makes some more profit with what sticks, then so much the better. That is gravy, though. The goal is to increase the surplus ratio or reduce premiums. See also: 3 Major Areas of Opportunity  While the frequency of impairments might not be different from one kind of insuring of facility to another and while impairment of frequency is not a major issue, don’t become complacent. Impairments are severity issues, and it pays to remain diligent and knowledgeable and protect yourself from E&O claims. You can find the article originally published here. 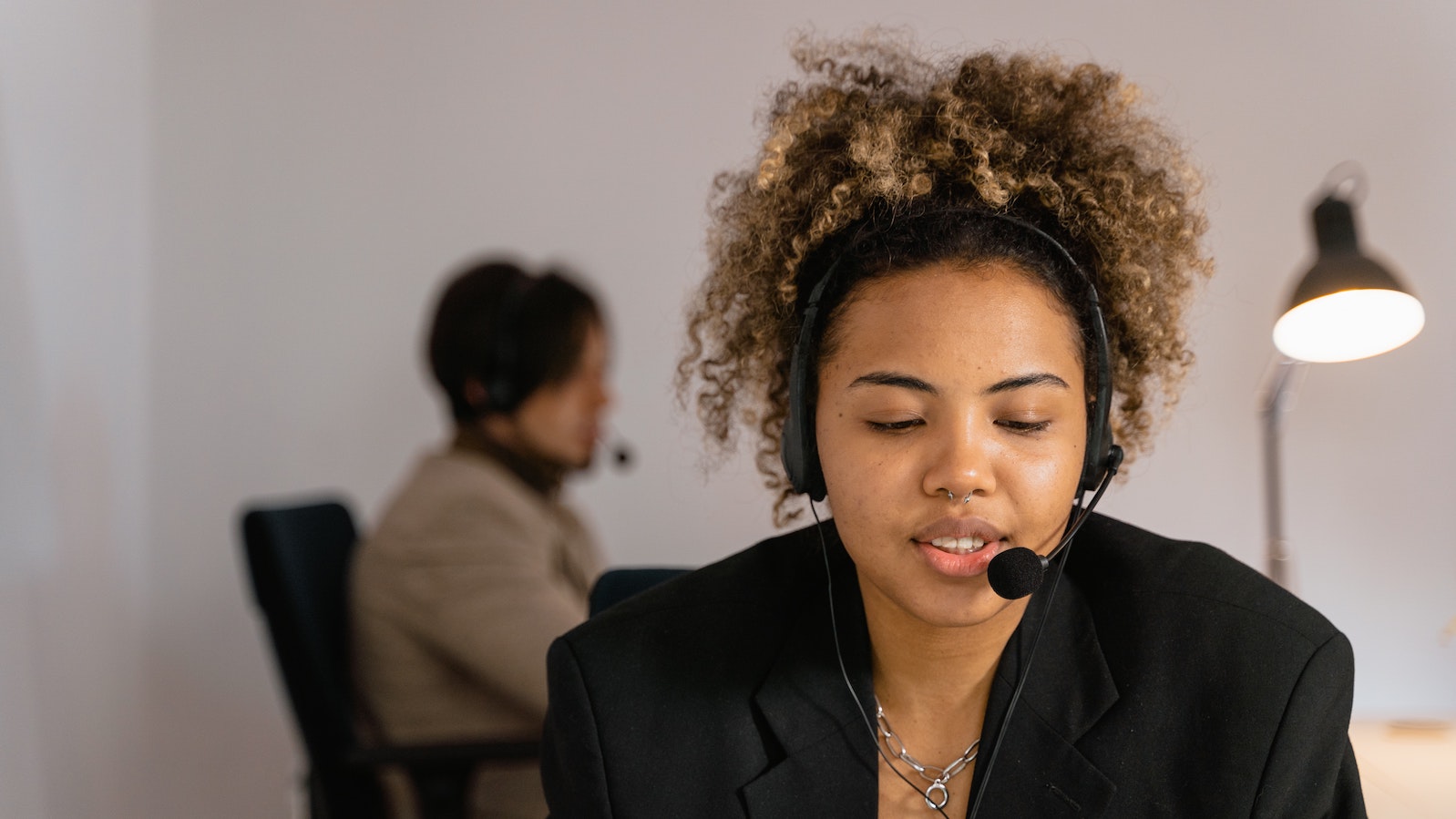