As state regulators try to limit growth in hospital costs, they should look at the delicate balance that Montana is trying to strike.

Policymakers in many states increasingly enact medical fee schedules in the quest to limit the growth of hospital costs. They often seek a reference point or benchmark to which they can tie reimbursement rates. Usually, that benchmark is either Medicare rates in the state or some measure of historic charges by the hospitals. Medicare rates are usually seen by healthcare providers as unreasonably low; charge-based fee schedules are often seen by payers as unnecessarily high.

This study examines an alternative benchmark for workers’ compensation fee schedules—prices paid by group health insurers. In concept, this benchmark has certain advantages. Unlike Medicare, the group health rates are not the result of political decisions driven by the exigencies of the federal budget. Rather, these rates are the result of negotiations between the payers and the providers. Unlike a charge-based benchmark, group health rates are what is actually paid to providers. This is important given the growing public attention to the arbitrariness of many hospital charges.

This article does the following: (1) describes the major findings of the study, (2) suggests a framework for thinking about whether prices paid by workers’ compensation payers are too high or too low, and (3) discusses the Montana approach.

What do we find when we compare the prices paid to hospital outpatient departments by group health and workers’ compensation payers? Among the major findings of this study are: 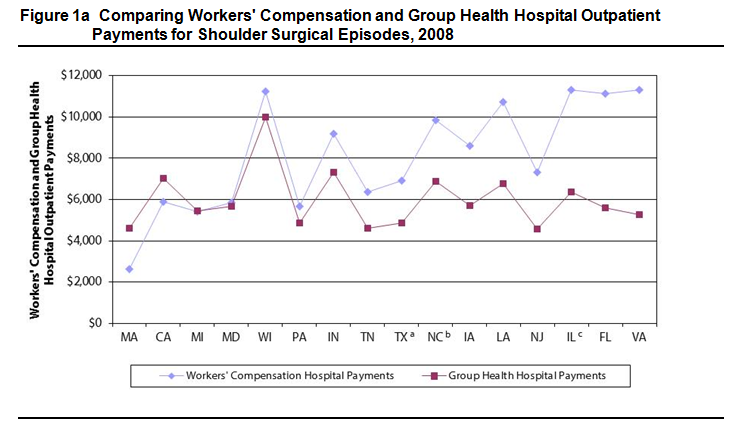 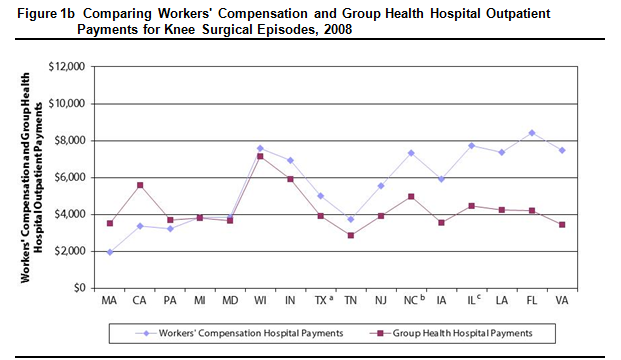 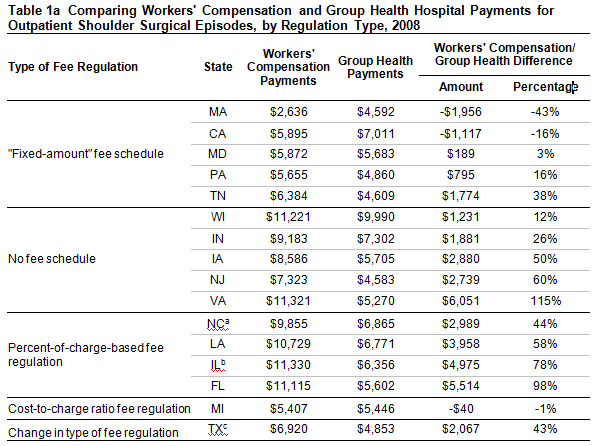 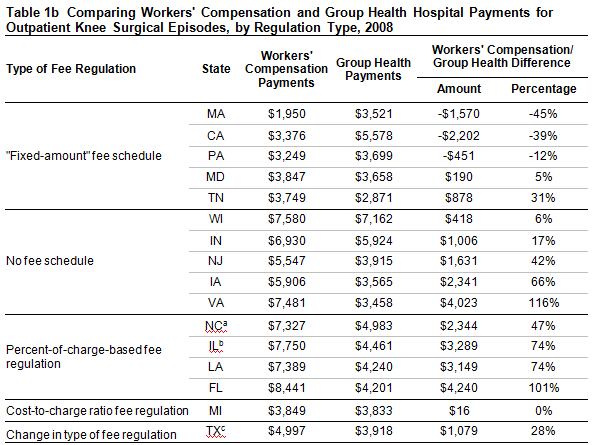 Are Prices Paid By Workers’ Compensation Payers Too Low or Too High?

Consider the following framework for analyzing the question. If hospital outpatient departments were willing to provide timely and good-quality care to group health patients at the prices paid by group health insurers, then two questions should be answered by policymakers:

Healthcare providers often cite a special “hassle factor” in workers’ compensation that does not exist in treating or billing for the group health patient. Common examples of the alleged hassle factor include longer payment delays, higher nonpayment rates (where the compensability was contested or where care given was not deemed appropriate), more paperwork, more missed appointments, lower patient compliance with provider instructions and so on. If these hassles are unique to workers’ compensation patients, then this forms a potential rationale for workers’ compensation paying higher prices than group health, for the same care. Let’s assume that this accurately describes the real world.

In applying this framework to different types of providers, where these hassles exist, some types will be larger for some kinds of providers than for others. For example, the first doctor who treats may be more exposed to nonpayment risk than other providers who treat later in the claim; or the hospital outpatient departments’ use of the operating and recovery rooms would be less affected by paperwork but exposed to payment delays. Because the majority of payments to hospital outpatient departments are for physical facilities (e.g., recovery room), equipment (e.g., the MRI machine but not the radiologists’ professional services) and supplies (e.g., crutches), it is more likely that hospital outpatient departments are more exposed to billing delays, nonpayment risk (at emergency rooms for initial care) or canceled appointments and less exposed to time-consuming paperwork hassles or patient compliance issues.

Moreover, if the additional burden that the workers’ compensation system places on hospital providers (e.g., additional paperwork, delays and uncertainty in reimbursements, formal adjudication and special focus on timely return to work) is sizable, policymakers have two choices. The first is to adopt a higher-than-typical fee schedule that embraces large costs for the hassle factor. The alternative is to identify and remediate the causes of the larger-than-typical hassles -- especially where these are rooted in statutory or regulatory requirements.

This study raises a number of concerns about whether fee schedules are too high or too low. There are two key pieces of information needed to address this -- (1) how much other payers in the state are paying, and (2) whether there is a unique workers’ compensation hassle factor.

This study addresses the first question for common surgeries done at hospital outpatient departments. A related WCRI study does the same for professional fees paid to surgeons and primary-care physicians.

One way of framing that question using the results of the WCRI studies is as follows: “Workers’ compensation pays $10,000 to hospital outpatient departments for a shoulder surgery on an injured worker, and group health pays $6,000 for the same services. Does it make sense that if workers’ compensation paid $9,000 that hospital outpatient departments would no longer treat injured workers—preferring to treat group health patients at $6,000, or Medicare patients at a fraction of the group health price, or Medicaid patients at prices lower than Medicare?”

Ms. Tanabe is sharing this article on behalf of its authors, Richard Victor and Olesya Fomenko.

Skirting the goals of state reforms, physician dispensing is increasing for new formulations of drugs that carry higher prices. 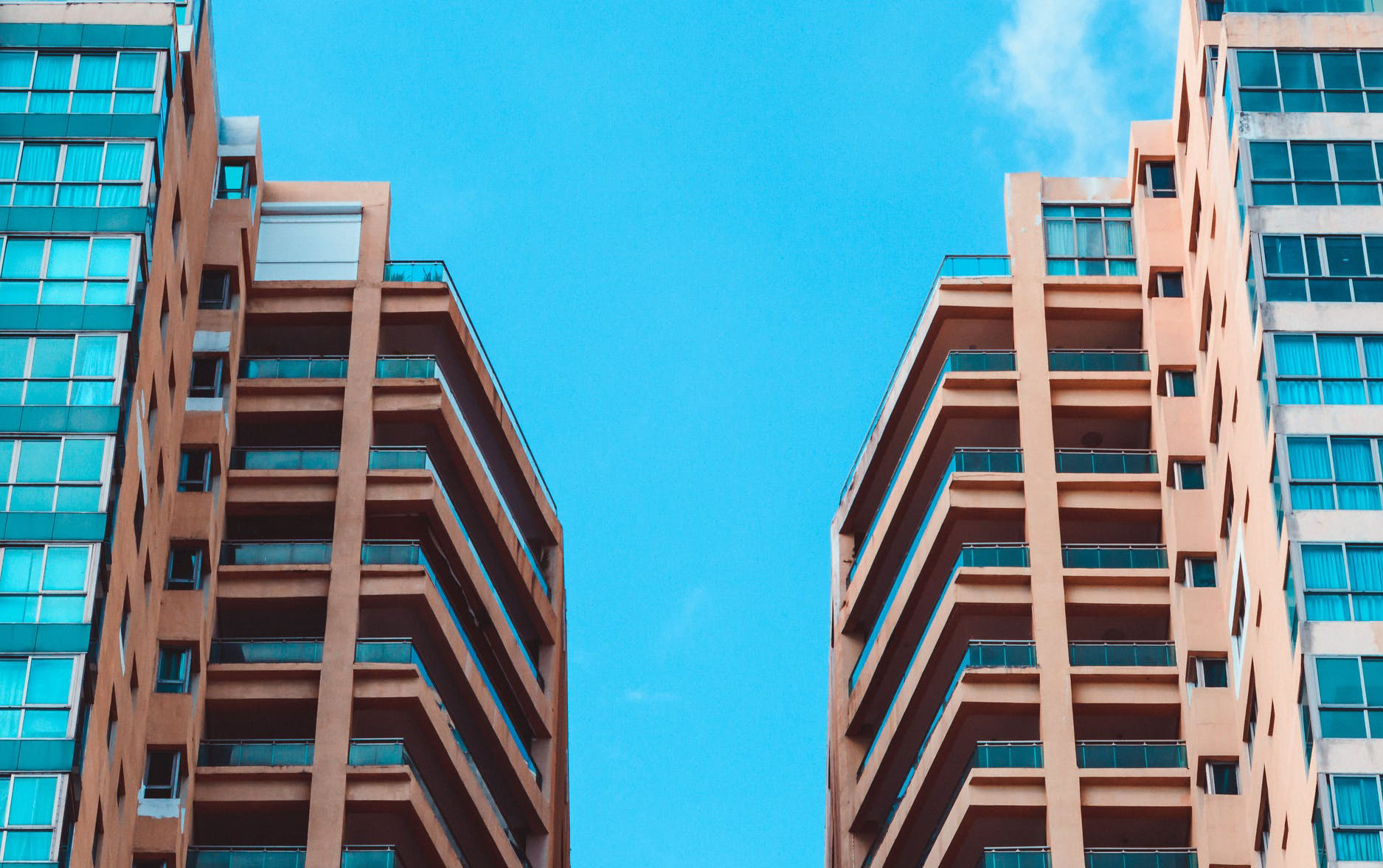 The insurance industry faced a wake-up call when the pandemic exposed just how unprepared insurers’ digital capabilities were in a crisis.