Quarterly growth for Lemonade, Metromile and Root was the slowest ever, but all three paid out in claims less than they collected in premium.

Matteo Carbone
March 26, 2019
Image
The three P&C venture-backed U.S. insurtech start-ups -- Lemonade, Metromile and Root -- finished 2018 with pretty good results. Quarterly growth was the slowest ever, but all three paid out in claims less than they collected in premium. All three start-up carriers have more work to do to achieve sustainable financials. A year ago, when I started with my friend Adrian a public conversation about insurtech statutory results, the picture was ugly -- loss ratios well over 100%, an aggressive focus on price and promotional messages on company blogs that dismissed traditional measures of success in insurance. Since the first post titled "5 Dispatches From Insurtech Island,” the conversation has shifted dramatically. Fast forward a year, and one founder said he “messed up an entire quarter” because premium growth turned negative, when in fact the company generated its best quarterly loss ratio ever. In the months since, several start-ups have hired top underwriting talent from their traditional competitors, showing that they increasingly recognize the value of traditional insurance skills.

Skeptics point out that a quarter doesn’t mean much, that there’s a long way to go before reaching sustainability and that each additional point of loss gets harder to take out. True, but the increased focus this year on reducing losses and increasing prices is making a difference. Here are the quarterly results:

I think – as already mentioned in the previous articles - these companies have strong management teams who could ultimately create valuable businesses. This will take several years, but all three companies are well-funded, even if the combination of statutory capital injections and operating losses consumes tens of millions in capital each year. (The Uber/Lyft model of growing rapidly while also incurring large losses is doubly penalized in insurance because carriers have to maintain statutory capital that increases with premium.) Here is a year-over-year comparison. 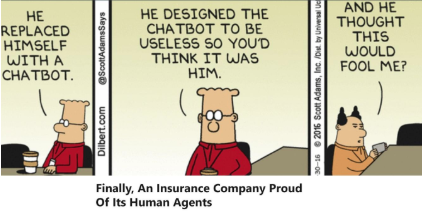 To measure efficiency, I prefer to use the two traditional components of the expense ratio: ***** I love numbers and – as shared in an interview with Carrier Management - the absence of quantitative elements in self-promoting website articles, conference keynotes, whitepapers and social media exchanges have been one of the reasons for starting the publication of articles about the full stack U.S. insurtech start-ups. Although I’m sometimes described as “critic” or “cynic” about insurtech companies, I’m only critical of the misuse of numbers and am a big fan of those who get the old school insurance KPI right. I’d love to see innovation succeed in the insurance sector, and I wish all the best to these three players and their investors.