Six Things to Look for in a Workers’ Comp Counsel

Adjusters told&nbsp;me every day what they DIDN&rsquo;T like about defense attorneys. Seeing an opportunity, I did the OPPOSITE of the complaints.

When I started defending workers’ comp claims 25 years ago, I learned very quickly what carriers and employers wanted from me—because adjusters would tell me every day about what they DIDN’T like about other defense attorneys. Seeing an opportunity, I made sure I did the OPPOSITE of the complaints.

To paraphrase Rod Serling, I am submitting for your approval six things I learned during those formative years that I believe insurance carriers and self-insured employers are looking for in defense counsel.

Workers’ compensation defense attorneys often simply inform clients that the going rate for a standard-type of injury is this or that. While the client certainly needs to know the going rate, that cannot be where the analysis ends. When I represented TWA years ago, the claims manager told me: "Brad, I can hire trained monkeys to tell me to pay the going rate for standard types of injuries. I pay you to do better than that."

I define independent thought to be analysis on not only whether a claim is compensable but also on strategies to resolve the claim more favorably than simply paying the going rate. This means laying out a game plan that includes all necessary steps. It doesn't always work, but I know clients appreciate this analysis on the front end of a claim.

When the vast majority of claims are compensable, defense attorneys (like insurance adjusters) can easily develop the "process and pay" mentality. I define this as simply looking at what it will cost to pay the claim and taking the fastest steps necessary to close the file and move on.

Even on compensable claims, I have found that clients are always happy to also receive (and even expect) a game plan for asserting possible defenses. To promote its $1 Dollar Menu a few years ago, McDonald's had a billboard that said: "$1 Legal Advice -- Plead Guilty." When I hear of a defense attorney simply saying: "Claim is compensable, pay this amount," I always think this is the workers’ comp equivalent of "Plead Guilty." Even if the employer should pay, the client wants zealous advocacy from the defense attorney on how to best reach the goal.

This may be the most important piece. It can be broken down into two parts - - regular communication and substantive communication.

I've had a plethora of adjusters over the years tell me war stories about their prior counsel, who would never....ever...do anything on claims. One adjuster told me: "All I ever heard from that attorney was the sound of crickets." The defense attorney who does this not only violates the ethical duty to keep his or her client properly informed, but is also an attorney who is dealing with a future ex-client.

Employers and carriers also want substantive updates that demonstrate how the attorney is best representing the employer. Communications, whether by letters or through now-common emails, should always encapsulate where the parties are on a claim and where the defense attorney intends to take it. Letters or emails from the defense attorney that say nothing more than "Look at all of the creative ways I have billed your file this month" is NOT what employers and carriers want.

Understanding what constitutes a win

One common complaint about workers’ comp defense is, “The employer almost always loses.” That raises the question: Just what is a win, and what is a loss?

I try to resist watching legal shows on television because, even when such shows are deliciously complex, the outcome of almost every legal proceeding is either guilty or innocent. If a civil court is involved, almost every verdict is for millions of dollars or nothing even though, in reality, almost everything is resolved within the nebulous middle ground. I guess that’s why it’s called fiction.

In workers’ compensation claims, the vast majority are going to be found compensable by the state division of workers' compensation. But, to borrow some analysis from Monopoly, we’re not faced with a choice between Baltic Avenue or Boardwalk with hotels. Rather, we are more often than not fighting over whether we can buy Pacific Avenue for the price of St. Charles Place.

Because the vast majority of claims are settled, I often wonder if the client views the settlement as a win or a loss. Over the years, I have seen carriers and employers examine the relative value of a settlement by looking through the lens of the following criteria:

All carriers and employers know that most claims are compensable. Rarely have I had clients who expected an award of “not compensable” on every claim or even on most claims.

But most clients expect the defense attorney to at least examine all potential defenses to evaluate how the assertion of such defenses might affect the value of the claim.

Despite the lofty views that most attorneys have of our profession, most of our jobs can often be distilled down to this concept: We help our clients avoid obstacles. While this is self-evident in criminal law (obstacle -- the state wants to put client in prison), such analysis is rarely applied to workers’ comp.

For example, if a claimant states, “My injury occurred on the job,” this may or may not actually be the case. My job as a defense attorney is to identify factual, medical and legal evidence that might persuade the judge that the “work-related” component of the employee’s injury is not as clear-cut as the employee may believe.

I had one case years ago where the employee claimed he was injured on the job. In his deposition, he admitted that he liked to ride the bull in rodeos. It occurred to me that there must be some association that keeps track of who rides in professional rodeos, and I contacted the Missouri Rodeo Association. I was “shocked” (insert mock assertion of surprise here) that the claimant’s medical care ALWAYS seemed to occur exactly one day after he competed in professional rodeos. After I provided this information to opposing counsel, the claim was quickly dismissed.

My point -- the employee’s assertion that he was hurt on the job would normally be sufficient to prove compensability in the absence of other evidence, but my job was to find that other evidence. Carriers and employers want their counsel to explore all possible defenses, even if the probability of success is low, because occasionally (like in my rodeo case) the defenses actually work.

Sticking to your guns

If you ask an adjuster about her greatest pet peeve when it comes to dealing with defense attorneys, one example is most often cited: “I hate it when my defense attorney tells me at the beginning of the case that the claim is only worth $500, and then, on the day of trial, he tries to convince me to pay $20,000 to settle it.”

Years ago, I had a client who pulled files from another attorney and sent them to me. As I reviewed them, I saw a theme. The attorney would often say: "This claim is a fraud, and I wouldn't pay anything more than $500 to settle." But I didn’t see ANY evidence of fraud in many of the files. I was in the unenviable position of having to tell the client that I thought these claims were not fraudulent, and I provided exposure estimates that were far higher than $500.

I was concerned that the client would say: "Gee, Brad, I liked the advice from the prior guy a lot better." However, this did not happen. Instead, I heard this: "I thought the prior attorney was simply telling me what I wanted to hear. That's why I pulled the files and sent them to you."

The lesson I learned here: Clients want the attorney’s honest assessment of the claim, and they don't want the defense attorney to simply tell them what the attorney thinks the client wants to hear. If the client can't rely on my analysis, then I'm not doing my job correctly. If the case is worth $20,000, I must tell this to the client as soon as it becomes possible to arrive at such a valuation. If I wait until the day of trial to disclose the true value of the claim, the client will think that I am simply afraid to take the case to trial. 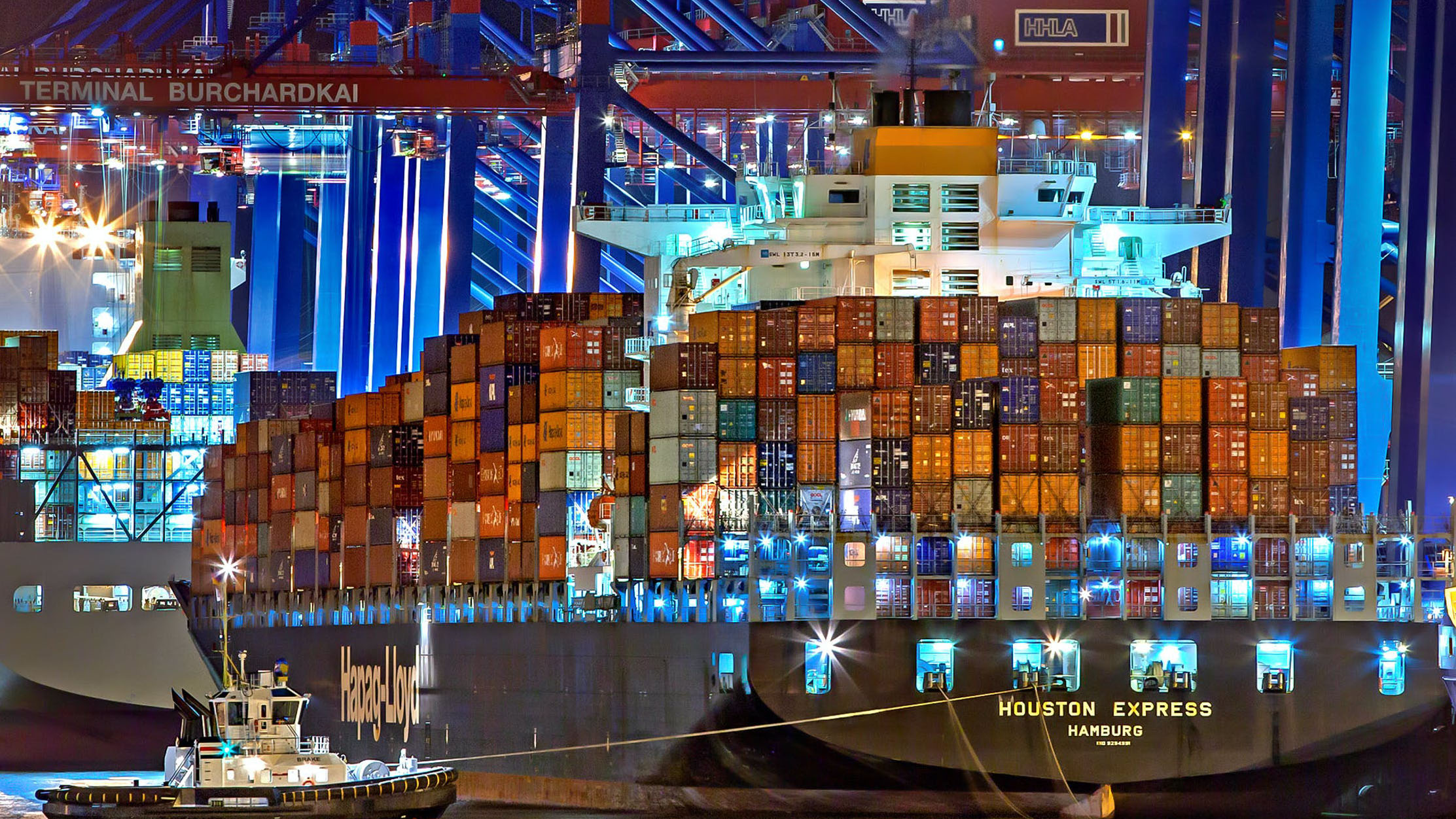