'Smart Homes'? Not Just Yet

After years of asking, I finally have an answer about the economic argument for "smart homes" -- just not the answer I wanted.

Having seen more than a little hype in my decades writing about technology, I have for years asked anyone and everyone associated with "smart homes" whether they could make an economic argument for the devices that can protect homes. Would deploying the devices widely cost less than the damage they would prevent?

I finally have an answer. And the answer is... no.

Not, at least, when it comes to a major focus of the "smart home": devices that detect water leaks.

The lack of an economic argument doesn't mean "smart homes" won't eventually happen as detection devices get cheaper. But the economic issues certainly present a hill for advocates to climb, and, with auto telematics, we've seen for more than two decades that a technologically appealing idea doesn't guarantee broad adoption.

My chance to look at a real economic argument finally came courtesy of a LexisNexis analysis of Flo by Moen, which can detect a leak and notify the homeowner or even automatically shut off the water to the house to prevent what can be extensive damage. The analysis reported that installation of the devices in 2,306 homes reduced the number of claims by 96%, in comparison with claims in a control group of 1.3 million homes in similar areas and of similar size and value. The severity of the claims that still occurred fell by 72%.

Sounds impressive, right? But let's take out a proverbial envelope and do some calculations on the back.

LexisNexis didn't provide the raw data about the number of claims that still occurred, so I made a couple of educated guesses and estimated that those $1.85 million of devices saved the 2,306 homeowners and their insurers about $240,000 a year. That would mean it would take a decade to earn back the cost of installation — $1.85 million plus $50,000 a year for 10 years equals $2.35 million, or almost exactly the $240,000 a year of saving times 10. The payback takes longer, of course, if the devices need any maintenance or, heaven forbid, don't last at least a decade.

(For those of you who, like me, are numbers geeks, I'll explain my reasoning on the savings. The rest of you should just skip to the next paragraph. I began with the 96% number, which meant that 24 out of 25 claims that could have been expected did not, in fact, happen. That meant that either 25 claims was the expected baseline (roughly 1% of the homeowners with Flo installed) or that 50 was the expected baseline (roughly 2%). Our friends at the Insurance Information Institute report that 2% of U.S. homeowners each year file claims related to "water damage and freezing," while the LexisNexis report specified that the claims that were prevented were for "non-weather-related water damage." I don't know exactly how the definitions map to each other, but I assume the LexisNexis definition is a subset of the III figure, so I used the smaller of the two possible baselines. If I'm right, then the devices prevented 24 claims. LexisNexis said those claims average $9,700. Do the math, and you get savings of $232,800. The one claim that still happened was 72% smaller than the $9,700 average, according to the report, so it was reduced by nearly $7,000. Add the two savings, and you're a shade under $240,000.)

Some insurers seem to hope that customers will buy the leak detection devices on their own, but that seems unlikely, at least in any numbers. Perhaps someone will be so scarred by a major loss related to a water leak that he or she will invest in a device. But, if you assume a deductible of $1,000 on a homeowners policy, you're asking people to spend $800 up front to avoid a one-in-100 annual chance of paying $1,000. That math doesn't work for me.

Insurers could subsidize the devices, but who can make a rational argument for an investment with a 10-year return (or even with a five-year return, if I picked an unfairly pessimistic scenario on the number of claims prevented)?

Dan Davis, director of IoT and emerging markets for LexisNexis Risk Solutions, cautioned that the size of the sample for the Flo by Moen study was still pretty small, even though it dwarfed anything I've seen elsewhere. If there was noise in this study, and the actual results turn out to be a 99% reduction in claims, rather than 96%, then you've tripled the savings and brought the economic argument into at least the realm of possibility. (Of course, if that 96% turns out to be 90%, you've got a real problem.)

He said insurers should also be looking at how subsidies for leak-prevention devices might improve customers' feelings about an insurer. How much of a subsidy might a company be willing to offer for a major increase in Net Promoter Score or in the number of years the company can keep a client?

Auto telematics, with their two decades of feeble adoption, have shown the need to think broadly about benefits: Insurers focused on offering discounts to good drivers, only to find that customers often cared more about other, less costly benefits such as free roadside assistance.

The good news for advocates of smart homes is that customers seem genuinely interested, according to other LexisNexis research, and are, despite some privacy concerns, generally willing to share information with insurers in return for some kind of benefit. (My 20-something daughters warn that their generation may be scarred by a 1999 Disney movie, "Smart House," about a smart home that goes berserk and imprisons a family — the story is Disney-ified, but it's still basically HAL from "2001: A Space Odyssey.")

I keep thinking that Roost will build momentum for smart homes based on its intelligent batteries for smoke detectors. The cost of the battery is minuscule, just slightly higher than for a regular nine-volt battery, and there is no cost for installation — you just get on a ladder and swap out your old battery for a Roost battery that alerts your phone any time your smoke alarm goes off. But I have to assume the economic argument doesn't quite work for Roost, either, or someone would have made that argument after years of my asking.

And if a clear case can't be made on preventing fires or water damage, two of the biggest perils for homeowners, then the whole "smart home" movement rests on a shaky economic foundation.

Yes, people will keep buying "smart" devices that help manage energy consumption or that tell you who's at the door (or who's stealing the packages left there), but it seems that the broader revolution will have to wait a bit.

P.S. Here are the Six Things I'd like to highlight from the past week:

If insurers innovate aggressively, they have a once-in-a-lifetime opportunity to educate potential buyers on the value of insurance.

Managing Risk in a Pandemic

Amid the chaos, there are clever ways to introduce incentives for both businesses and individuals to be smart.

Retrenchment on Technology Plans? Not Yet

Many insurers report no changes to their plans, with some reshaping and a few accelerating but very few pausing or retrenching.

It may be that COVID-19 will eventually help drive demand for life insurance, but the data says it hasn't just yet.

The recession may bring changes to the long-term disability industry that require strategic agility during evolving economic conditions.

These companies are worth considering as examples of how parametric insurance works, and what the future might look like.

As part of this month’s ITL Focus on smart homes, we spoke with Matteo Carbone, the founder and director of the IoT Insurance Observatory, about how far the technology and adoption have progressed and where the market goes from here. 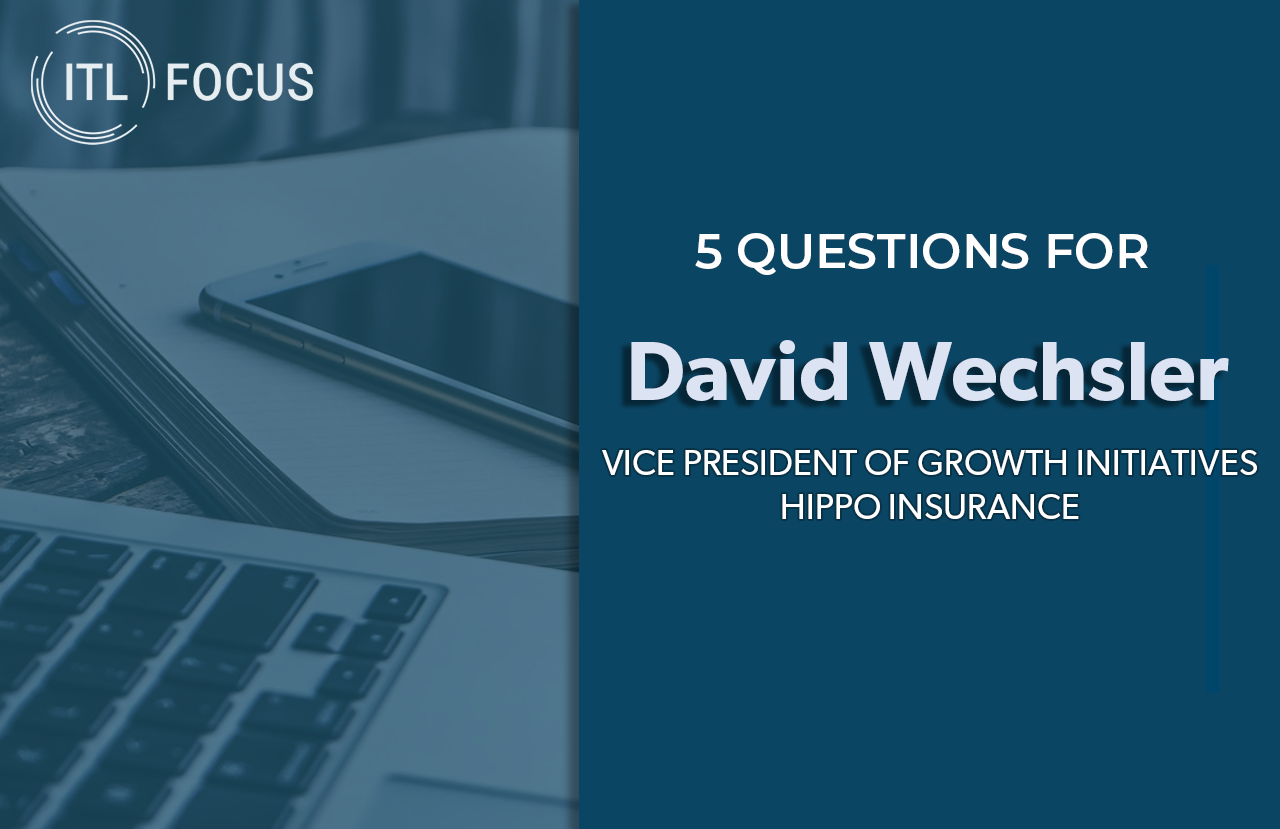 5 Questions for Dave Wechsler on Telematics

As part of this month’s ITL Focus on telematics, we spoke with Dave Wechsler, vice president of growth initiatives at Hippo Insurance. 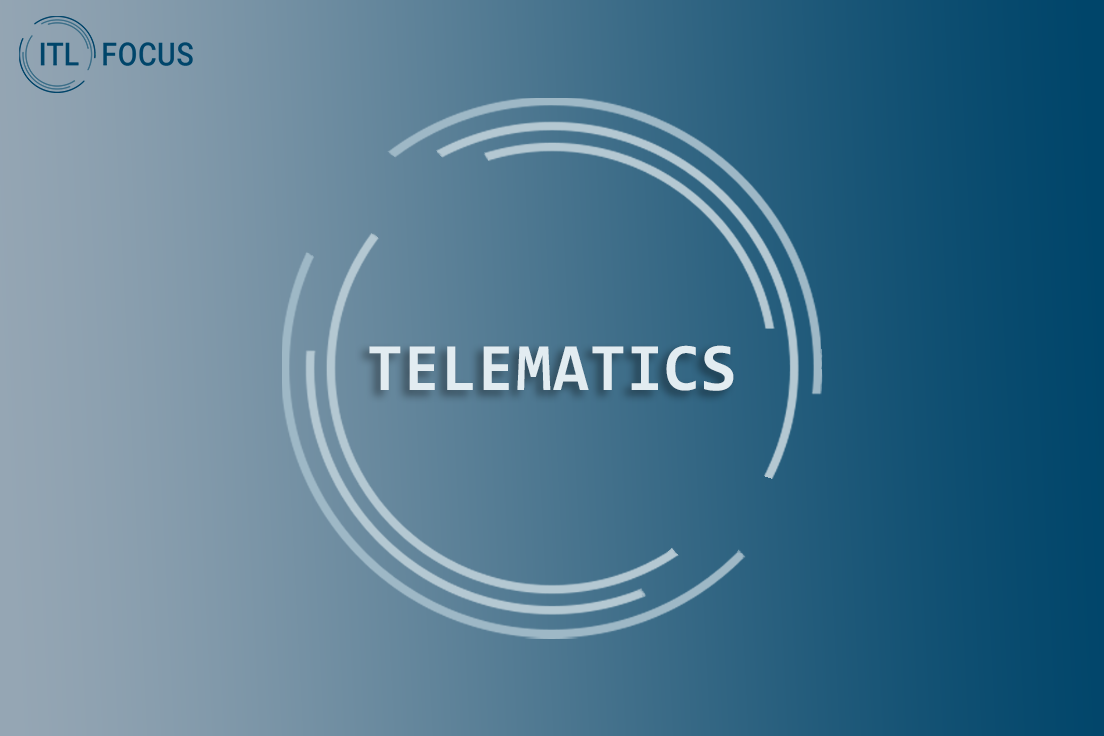 "I often tell people that my favorite line from my Silicon Valley days is, “Never confuse a clear view with a short distance” — and I surely made that mistake with telematics..."