I started writing yet another article trying to convince risk managers to grow their quant competencies, to integrate risk analysis into decision-making processes and to use ranges instead of single-point planning, but then I thought, why bother? Why not show how risk analysis helps make better risk-based decisions instead?

After all, this is what Nassim Taleb teaches us. Skin in the game.

So I sent a message to the Russian risk management community asking who wants to join me to build a risk model for a typical life decision? Thirteen people responded, including some of the best risk managers in the country, and we set out to work.

We decided to solve an age-old problem – win the lottery. With help from Vose Software ModelRisk we set out to make history. (Not really: It’s been done before. Still fun, though).

Here is some context:

We set out to test our risk management skills in a game of chance.

Placing small bets to do some empirical testing.

Testing if the lottery is fair, just in case we can game the system without much math. Yes, some numbers are more frequent than others, and there appears to be some correlation between different ball sets but not sufficient to produce a betting strategy. The conclusion – the lottery appears to be fair, so we will need to model various strategies.

Did nothing, because all have to do actual work.

If we manage to collect more than the required budget, we decide to make two bets: one risk management bet (risk management strategy) and one speculative bet with much higher upside and as a result greater downside (risky strategy).

Full budget collected within just a few hours. Actually collected almost double the necessary amount and, as agreed, separated 50% of the funds into the second investment pool. Separate team set out to develop the risky strategy. While I was an active investor in the risk management strategy, I decided to play a role of a passive investor in the risky strategy and only invested 16% into the risky.

Continued to develop the model, improving estimates every time. Soon, we felt the financial risks were understood by the team members, and we needed to take care of other matters before the big day.

First, took care of legal and taxation risks. Drafted a legal agreement clearly stating the risks associated with the strategy, the distribution of funds and the responsibilities of team members. Each member signed. Agreed to have an independent treasurer.

Then started to deal with operational risks. Apparently transferring large sums of money, making large transactions and placing big bets is not plain vanilla and required multiple approvals, phone calls and even a Skype interview. Five team members in parallel were going through the approvals in case we needed multiple accounts to execute the strategy.

Probably the biggest risk was the ability of the lottery website to allow us to buy the tickets at the speed and volume necessary for our low-risk strategy. This turned out to be a huge issue, and we found an ingenious solution. The information security team at Monolith did something amazing to solve the problem, and I mean it, amazing. I have never seen anything like this. It’s a secret, unfortunately, because, you guessed it, we are going to use it again.

The strategy that the lottery company recommended for large bets is actually much riskier than the one we selected. How do we know that? Because we ran thousands of simulations and compared the results.

The lottery company changed the game rules slightly. Ironically, this slightly improved our 90% confidence interval and reduced the probability of loss. So, thank you, I guess.

More testing and final preparation. The list of lottery tickets waiting to be executed.

In the true sense of skin in the game, team members who worked on the actual model put up at least double the money of other team members.

8am. We were just about to make risk management history. A lot of money to be invested based on the model that we developed and had full trust in. I felt genuinely excited: Can proper risk management lead to better decisions? I am sure other team members were excited, too.

By about lunch time, the strategy was executed. We bought all the tickets. Now we just had to wait for the 10pm game. Don’t know about the others, but I couldn’t do any work all day. I couldn’t even sit still, let alone think clearly. Endorphins, dopamine, serotonin and more.

At 9:30pm, we did a team broadcast, showing the lottery game as well as our accounts to monitor the winnings, both for excitement purposes and as full disclosure.

Then came the winning numbers. Two team members actually managed to plug them into the model and calculate the expected winnings. We had the approximation before the lottery company did.

You guessed it: We won. Our actual return was close to 189% on the money invested after taxes (or 89% profit; remember, our estimate was 50% to 100% profit, so well within our model). We almost doubled our initial investment. Not bad for risk management. (Good luck solving this puzzle with a heat map.)

More excitement, model back-testing and lessons learned — and, perhaps the most difficult part, explaining to non-quant risk management friends why, no, this was not luck; it was great decision making.

In fact, our final result was close to P50. We were actually unlucky, both because we didn’t get some of the high-ticket combinations and, more importantly because five other people did, significantly reducing our prize pool.

Let me repeat that: We were unlucky and still almost doubled our money. 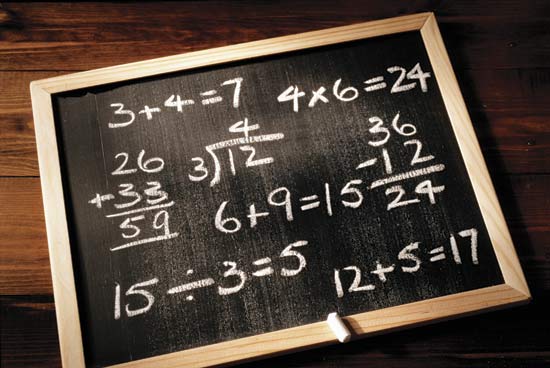 You can’t come up with a realistic evaluation of a workers’ compensation claim if you can’t quantify the component parts: permanent disability, life pension, Medicare-eligible and non-Medicare-eligible future medical.

In mediation caucus, when parties give me their offer or demand, I often ask how they came up with that number. I want their best argument, the one that will convince the other side. The first answer I get is often vague, something like, “We thought it would settle the case.” Workers’ compensation professionals often neglect running the numbers. Getting parties to see the same numbers moves them toward settlement.

I recently got a call about an offer in a personal injury case. I questioned the plaintiff’s attorney about what he thought this number represented. His answer didn’t sound right to me. I asked him, “Did you ask them how they came up with that number?” No, he hadn’t. I suggested the attorney ask opposing counsel that question to allow things to move forward, toward settlement.

Random demands and offers are unlikely to settle a claim. Before you assume the other side is being unreasonable or before you respond, ask: How did you get to that number?